Tattoo scarring is one of the possibilities (grim, undoubtedly), when one decides to get a tattoo. The following ThoughtfulTattoos article will shed some light on this phenomenon.

Tattoo scarring is one of the possibilities (grim, undoubtedly), when one decides to get a tattoo. The following ThoughtfulTattoos article will shed some light on this phenomenon.

Holding the tattoo machine between a 90º and 45º angle is considered an ideal position to prevent tattoo scarring.

Now that you’ve decided to get a tattoo, there’s just no stopping the excitement that threatens to take over. Everyday you stand in front of the mirror and imagine the way your tattoo will look on the shoulder (or back, or arm), and you desperately count the days till the moment that finally happens. The meetings with your tattoo artist are done and the design is finalized, all that remains is that you get inked. Of course, you know that there will be a price to pay for your tattoo―there will be some pain and you will have to care for your tattoo, taking some measures of aftercare … but you’re prepared. However, along with the general aftercare that your artist has, no doubt, filled you in on, it is quite important that you’re also aware of the concept of tattoo scarring―which the artist may or may not necessarily tell you about.

Tattoo scarring comes about when the tattoo does not look clean and crisp, with clearly defined lines (as it should have), but rather, looks like a very botched piece of work with no clear lines, running color, or in some cases, raised skin. It may also bring about a little or a lot of pain. In the following sections, we will look into why this happens, what the symptoms are, and what is to be done after one gets a scarred tattoo.

It is necessary to understand that every tattoo has some form of scarring because the very process of tattooing is to bruise the skin and puncture the layers to get the ink into the body. Which is why a tattoo is treated like a wound and the healing of the tattoo and proper aftercare becomes important. Keeping that in mind, tattoo ‘scarring’ (as opposed to normal tattooing) occurs when the tattoo artist digs the needle a little too deep into the skin or exerts excess force while tattooing. It therefore causes damage.

The other reasons that can lead to scarring is an individual’s ability to heal. Some people have slow-healing capacities and are prone to scarring easily with the slightest of wounds.

Another factor that could lead to tattoo scarring is if the tattoo gets infected immediately after it has been drawn―this could increase the chances of scarring as well.

Sometimes, it is just the tattoo lines, and not the entire tattoo or the shading in the tattoo that is scarred. This usually happens because the needle that is used, may be hooked, barbed, or damaged. Even a tiny hook in one of the needle points used for tattooing is enough to lead to some significant damage to the skin.

Scarred lines could also come about when the angle of the tattoo gun is placed at less than a 45º angle. This increases the chances of the skin getting sliced―which results, not only in scarring, but also causes the lines to be light and less sharp.

The most telltale sign of scarring is raised skin. If it is not very bad, it may not be noticeable until it is touched. At other times, the skin is quite badly botched up and you can see it clearly. If the scarring is really severe, it can lead to a running of color as well. Which means that the darker shades of the tattoo will get mixed with the lighter shades and the result will be a very botched and faded design.

The skin will be uneven, puffy, and raised, and the colors might seem like they have ridges. These signs might not be visible immediately after a tattoo is done, but could take some time to come about. After the healing process is complete and you’re left with a tattoo outline that is red and puffy, it could mean that you have scarring.

The other sign is that of the skin itching followed by raised skin. But scratching is not an option because it can lead to the condition becoming worse. Keep a check on the skin to see if it becomes too dry. Normally-healed tattoo skin should feel like the skin on the rest of the body. If the skin is exceptionally dry, it could be a sign of tattoo scarring. So also, if one sweats a lot then the tattoo will get inflamed and hurt further. Instead of scratching it, apply a soothing lotion for the dryness and the itchiness.

A tattoo will lead to some amount of scarring. That is a given when it comes to the process of tattooing, but there are ways to minimize it so that it does not damage the skin forever.

Tattoo scarring is tricky because it happens after you’ve been inked. So also, scarring usually comes to the fore after a time period of tattooing. Which is why it is most important that you choose a tattoo artist who has experience and his good name precedes him. Nonetheless, if you’ve got the tattoo and scarring has occurred, then you can prevent it from getting further inflamed and try to minimize the damage caused. Here’s how:

• Aloe Vera is one of the most natural and herbal remedies that you can make use of for minimizing scarring.
• Cut out a part of the leaf and collect the sap that flows out.
• Use this sap directly onto the tattoo and spread evenly.
• Aloe has a very soothing and cooling effect on the skin.
• Keep the sap in place till it dries completely, then wash off and pat dry.
• Use this at least 4-5 times a day.
• This will prevent itching, making the puffiness worse, and will heal the scar in time.

In spite of that, it is necessary to realize that healing will take several weeks and it is important to keep at it.

If the tattoo has been scarred beyond repair and the final piece looks nothing like you had envisioned it, then there are a few options that you can look into. Many artists will ask you to wait for a year till it settles and will rework on the tattoo by using it as a base.

Another option (though quite expensive and painful) is to consult a dermatologist and go in for one of the surgical tattoo removal methods, like using laser technology.

Tattoo scarring can be prevented if you’re careful in choosing a good artist. However, if the scarring does occur then use aloe to prevent it from becoming worse. And if the tattoo is spoiled beyond repair then using one of the tattoo removal methods will be your only choice. So when you decide to get inked, make sure you’re really sure about it. 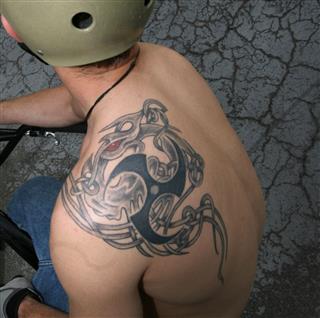 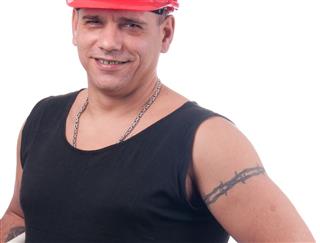 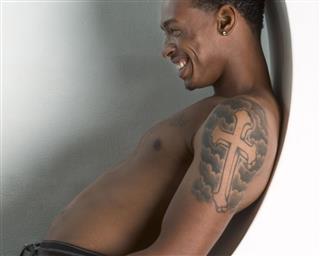 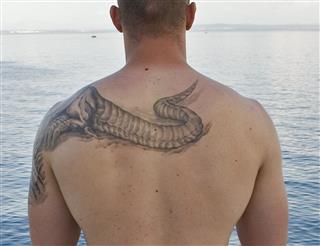 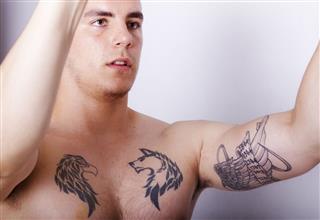 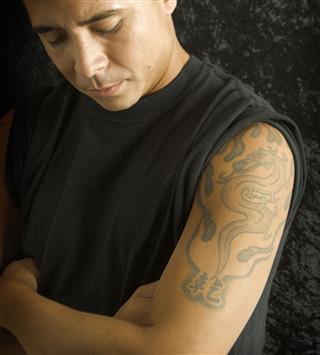 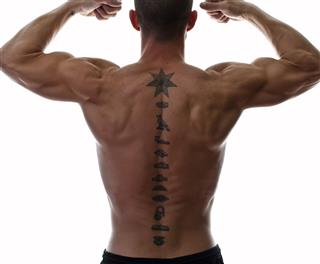 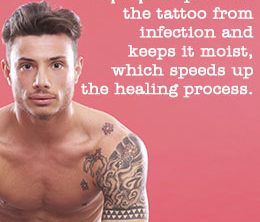 Is Aquaphor Helpful in a Tattoo Healing Process? 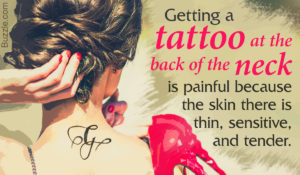 Tattoos inked on the back of one's neck are no doubt quite a harrowing experience, … END_OF_DOCUMENT_TOKEN_TO_BE_REPLACED 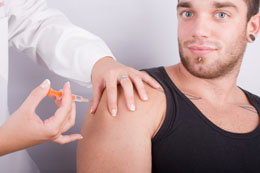 When it comes to tattoos and piercings, you come across a lot of rumors, some of which are … END_OF_DOCUMENT_TOKEN_TO_BE_REPLACED

Is it normal for a tattoo to peel? This is a common question that's asked by most … END_OF_DOCUMENT_TOKEN_TO_BE_REPLACED