Truly Awesome Nautical Star Tattoos to Sport on the Chest

Nautical star tattoos are usually sported by those who are employed by the U.S. Navy or Marine Corps. These tattoos look majestic and very classy, due to which they have gained immense popularity with body art aficionados. Given in this ThoughtfulTattoos excerpt is some background on these tattoos, and tips on how you can design them, if you plan to ink them on your chest. 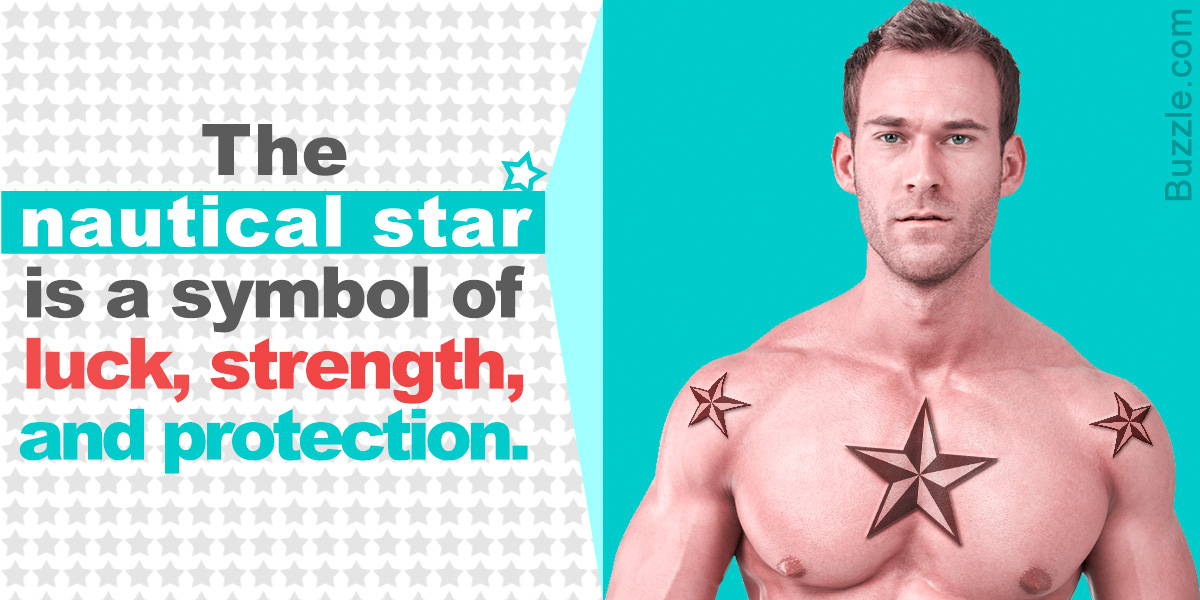 Nautical star tattoos are usually sported by those who are employed by the U.S. Navy or Marine Corps. These tattoos look majestic and very classy, due to which they have gained immense popularity with body art aficionados. Given in this ThoughtfulTattoos excerpt is some background on these tattoos, and tips on how you can design them, if you plan to ink them on your chest.

As a symbol of bravery …

… two nautical stars are worn on the chest by ‘sea heroes’.

Nautical star tattoos have a very long and interesting history. Most people believe them to be a symbol of hope, good luck, strength (mental and physical), protection, ambition, and perseverance. They are considered to be originated from sailors, who relied on the North star, for navigation in the sea. Since they thought this star ensured their safe trip home, they believed it to be a lucky charm.

Due to the popularity of the nautical star with sailors, this tattoo design became popular with soldiers, and later on the common man. This design became immensely popular with time, and also because of the publicity it got through punk rockers and its association with the gay and lesbian movement.

A nautical star tattoo is a five-pointed star, with each arm divided into two symmetrical parts by a straight line. These stars make amazing chest pieces, but are also sported on the arms, wrists, ankles, feet, shoulders, back, legs, and ribs. The beauty of this tattoo design is that it can be customized in various ways and in different colors. Given below are some ideas that you can incorporate if you are contemplating getting this tattoo done.

Some sailors would customize their tattoos by inking a compass with the nautical star as a pointer on their arms or chest. 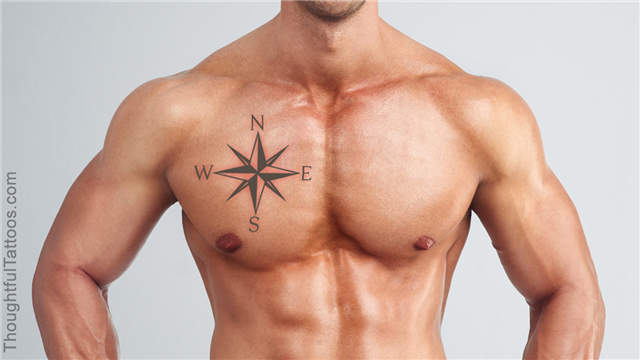 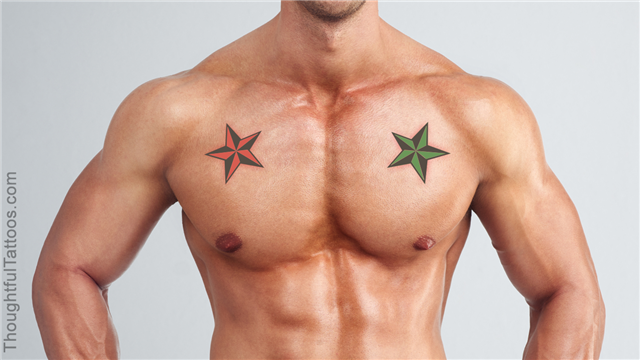 Stars with wings, fire, or even water incorporated in them are very popular with tattoo enthusiasts. One can also add delicate filigree around the star to give the tattoo an artistic touch. 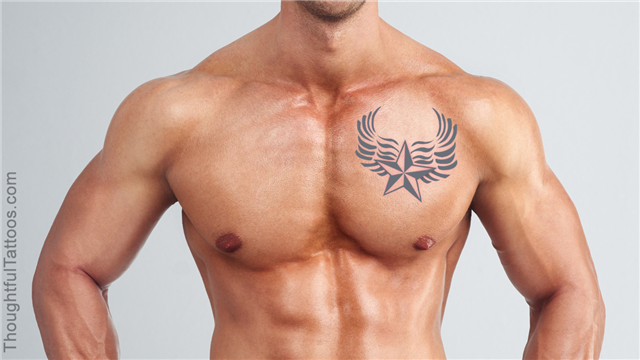 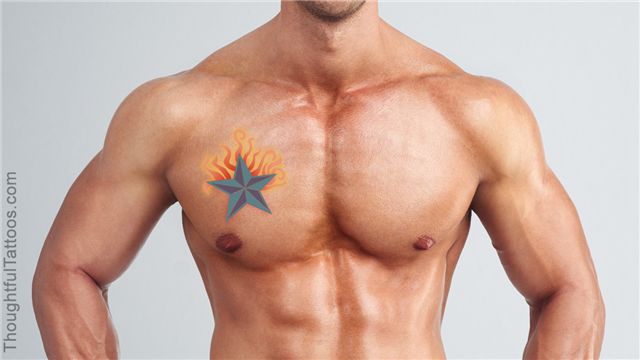 Celtic knots in the arms of nautical stars have also become popular, as they are a mix of cultures, making the tattoo unique. 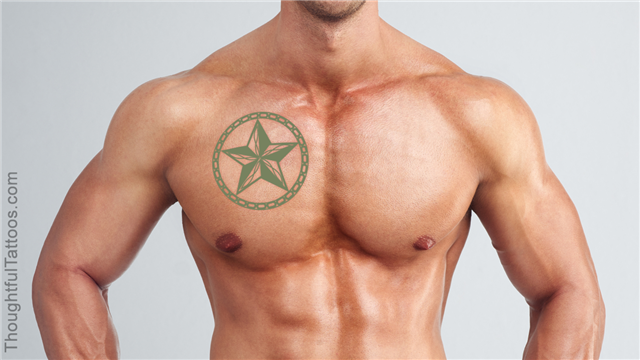 Stars with flowers and wines or even a bunch of shooting stars, are preferred by women because they look feminine and delicate. 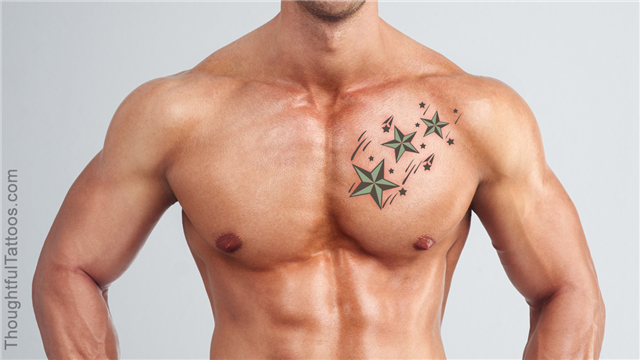 Nautical stars with names, quotes, morals, short sayings, etc., are popular with men and women, as they look amazing and meaningful. Even those with rays in the background look good. 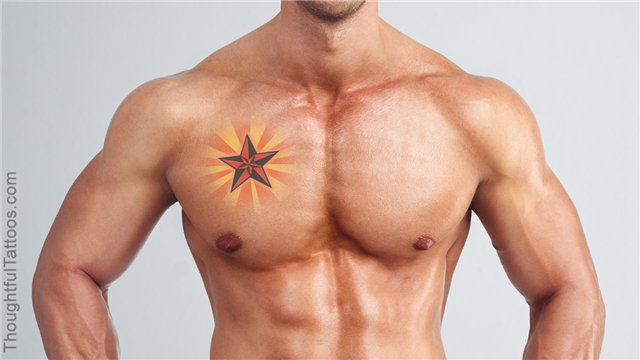 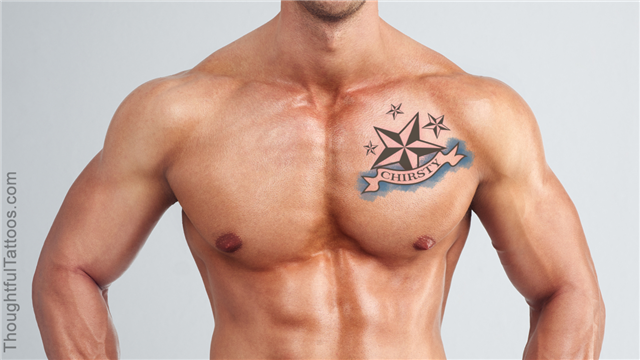 Nautical star tattoos on the chest can be kept simple or be made into elaborate pieces. You can use the color of your choice for the stars, or even choose to keep them black and white. 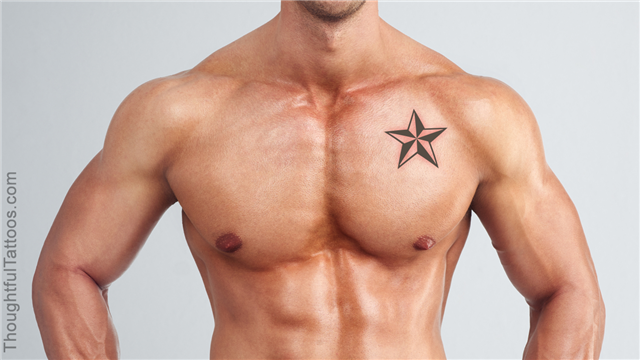 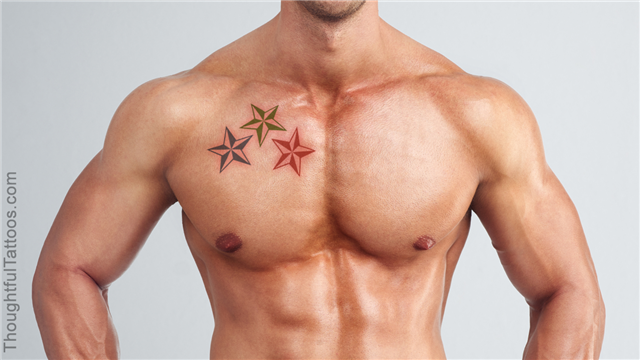 Nautical stars with birds, music notes, hearts, and flowers also look amazing. The best part about opting for these is that you can color them the way you want. 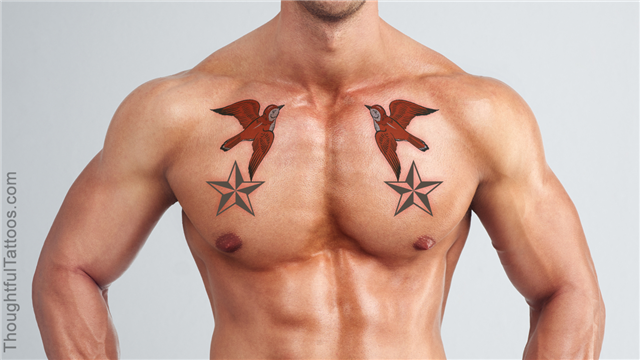 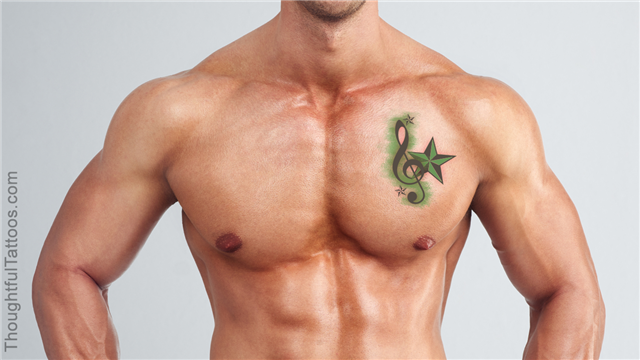 The size of the tattoo can vary depending on your choice. Large, medium, or even small tattoos look great on the chest. Nautical stars with elongated arms, or even those paired with other old-school designs like a cross, compass, anchor, rose, etc., look classy and eye-catching. 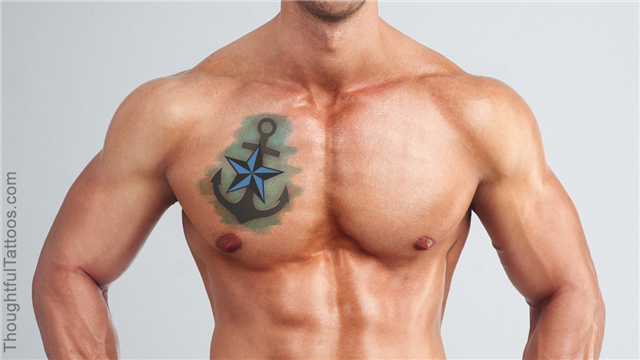 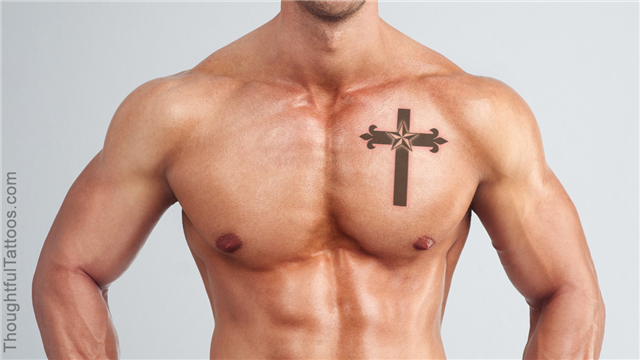 No matter how you choose to sport this design, it will look really good. Tattoos are an art, so each one’s perception on them is different. Remember to sit with your tattoo artist and discuss the design thoroughly before you get it done. Choose designs depending on your personality and style. Have a look at many designs and finalize the one that clicks with you.

'Oni' are demons from Japanese folklore. It is a very popular image in Japanese tattoo art … END_OF_DOCUMENT_TOKEN_TO_BE_REPLACED

For a girl, her father is the most perfect man in the world. For a man, his daughter is … END_OF_DOCUMENT_TOKEN_TO_BE_REPLACED

The all-seeing eye is an esoteric symbol of much speculation for centuries, and like … END_OF_DOCUMENT_TOKEN_TO_BE_REPLACED