History of ear gauging is believed to be as old as the human civilization. It has always represented the status of a male belonging to a particular tribe, while for women it has always been a symbol of beauty and a sign of having attained maturity and a marriageable age.

History of ear gauging is believed to be as old as the human civilization. It has always represented the status of a male belonging to a particular tribe, while for women it has always been a symbol of beauty and a sign of having attained maturity and a marriageable age.

Ear gauging, also known as ear stretching, is the practice of piercing of the ear lobes for beautification purposes using different types of jewelry. These piercings have been around since centuries are as old as humans itself. There are many tribes which have practiced the custom of ear gauging for some reason or the other. For instance, in some tribes, the members of higher stature have larger ear piercings, while in many it is a means of enhancing an individual’s sexuality.

The history of ear gauging can be dated to Otzi the Iceman whose mummy, when found, had 7-11 mm big ear gauges. It must be pointed out that Otzi was alive during 3300 BC and had both ear gauges as well as tattoos on him. However, prince Siddartha Gautama Buddha was believed to have had heavy ear gauges, which may have formed due to the heavy gold jewelry he was required to wear. Let us find out more about ear gauging by learning about the various tribes which followed and still follow this practice.

The women of the Mursi tribe from Ethiopia are required to wear ear gauging plates as well as plates on their lower lip! The ear plates are smaller as compared to the huge plates worn on the lip. These plates are fixed in girls who have attained the age of puberty, after which she is addressed as a Bhansanai. This term literally means that the girl has reached into womenhood and has a more respectable stature within the tribe.

The plates are made from clay or wood and are engraved with intricate designs. The wooden lip plates Burgui are made by the men of the tribes for unmarried women and girls and are extremely beautiful and can be found in different colors, and made from different types of wood. The ear and lip gauges are worn together and are worn especially for special occasions, such as for weddings, while serving food to male members, during ceremonies and while watching men duel at the Donga competition.

Both Masai men and women have been practicing ear gauging since several thousand years. Today however, lesser and lesser males follow this custom, while many women can be seen wearing ear gauges made from wood, thorn, animal bones, etc. Women have very long ear gauges and the older the women, the longer the fistula of the ear lobe. This is because the ear gauge has been worn for longer, and heavier jewelry is worn every time the gauge needs to be extended.

The Fulani tribal women wear humongous gold dome-shaped ear gauges. However the gauges in itself, are not very big but the earrings are carried on extensions like hoops. This tribe in found in many places all over west and Central Africa and Nigeria.

The hill tribes consist of several tribes, out of which only two practice ear gauging. The Lahu tribe from Thailand and Karen-Padaung of Phrae and of Burma practice the long ear technique. They believe the ear to be the most sacred part of the body and thus keep it loaded with sacred jewelry. They use silver circular extensions. For women it was believed to help enhance their beauty and for men it was supposed to give them strength. However today only married women are supposed to wear the ear gauges.

The Aztec’s made them by carving stone, wood, copper, gold and silver, shells, clay, wood and rock. Their craft of making jewelry was magnificent and has left its impact in the modern world till date. The craftsmanship and indulgence for making fine jewelry can be observed from the intricate remains of their time.

There are many other tribes found all over the world which once practiced the art of ear gauging. Some of them being the Ainu tribe from Japan, the Berawan tribe of Borneo, certain Baltic and Burmese tribes also wore ear gauges.

Today however the practice has taken a modern turn and requires a ear gauging size chart. This chart helps the individual extend the size of the piercing gradually, by wearing slightly larger ear insert jewelry. This practice has become a fashion statement for many and a way of self-expression for some. 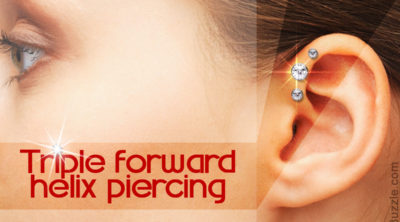 Get Your Swag On: Information About Triple Forward Helix Piercing 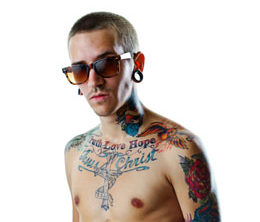 How to Stretch Your Ears 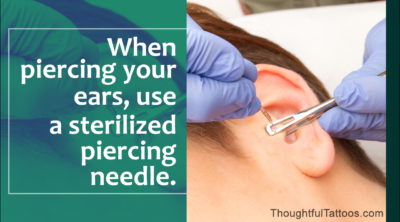 How to Pierce Your Own Ear