Dragon tattoos have been popular for a long time due to the mystical features associated with them. Though they are some of the favorite tattoos among men, these days, even women are opting for these tattoo designs. Read to know more about dragon tattoos for women... 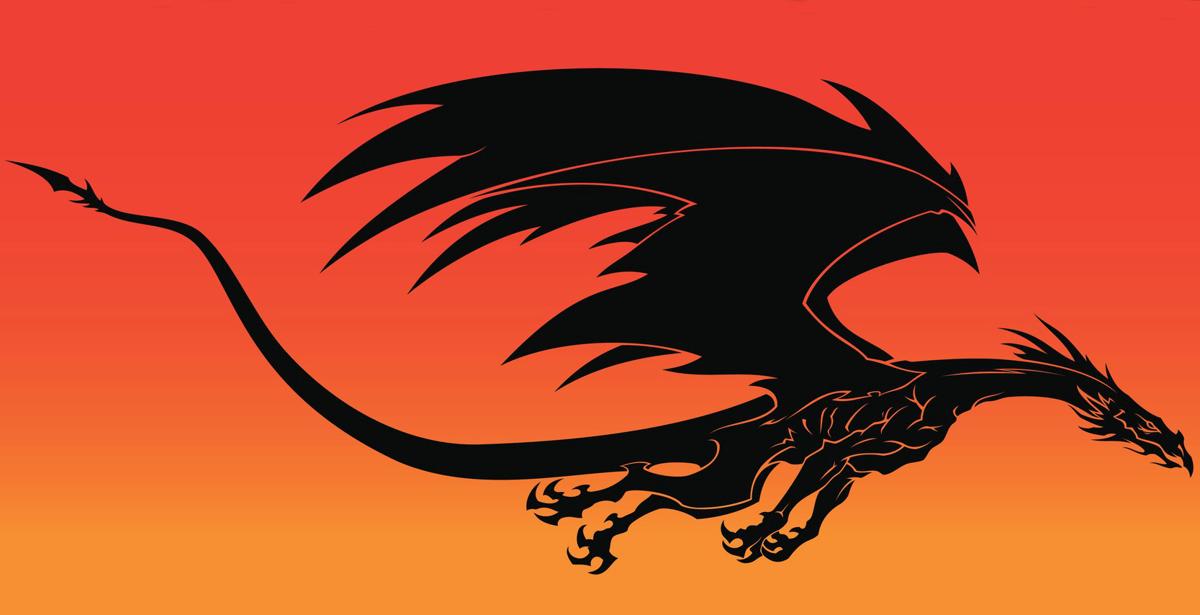 Dragon tattoos have been popular for a long time due to the mystical features associated with them. Though they are some of the favorite tattoos among men, these days, even women are opting for these tattoo designs. Read to know more about dragon tattoos for women…

A dragon tattoo is known to be more common in men than in women. But recently, they have become some of the most popular tattoo choices among girls also. Dragon tattoo, along with some feminine designs like cherry blossom, blend well on a woman’s body. These tattoos have even won the heart of female celebrities, like Angelina Jolie. She is a great fan of tattooing and has almost a dozen tattoos on her body. Her upper left arm bears a dragon tattoo. Let us take a brief look at dragon tattoos.

A dragon is a serpent or a reptile like creature, that is said to bear some spiritual powers. This creature has scary looks with its scaled body, clawed feet, large wings, all with a power of emitting fire from the mouth. The concept or the meaning of dragon is different in the Eastern and Western hemisphere. People living in the east believe dragon as the protector of the mass, while those who belong to the west consider a dragon as an evil spirit. The Eastern dragon is worshiped by the people and is considered as the savior, friendly creature and is a symbol of good fortune. These dragons do not have wings and have long slender bodies. Among the Eastern dragons, Chinese and Japanese dragons are well-known for their artistic designs and beautiful colors; while the Western ones are believed to bear negative powers.

Given below are some unique dragon tattoo ideas for tattoo aficionados-

Woman with Dragon Tattoo on Neck

Woman with Dragon Tattoo on Shoulder

Woman with Dragon Tattoo on Wrist

Woman with Dragon Tattoo on Stomach

Woman with Dragon Tattoo on Back

Woman with Dragon Tattoo on Leg

Among all the dragon tattoo designs, Chinese and Japanese designs have gained more popularity. There are a variety of designs that belong to this group and each dragon tattoo has a specific meaning associated with it. Thus, one has a wide array of dragon tattoo ideas to choose from. A brief information on both these tattoos is given below.

A dragon holds a very significant place in Japanese mythology and is considered as a water deity. These dragon tattoos symbolize protection, longevity, and power. There are different types of Japanese dragons, that include, Ka-Riu (red dragon, small in size), Sui-Riu (a dragon that has control over rain), Fuku-Riu (dragon of luck), Han-Riu (largest dragon), etc. These dragons are characterized by features like, serpentine look, tiger like paws, long whiskers, scaly body, no wings, etc. Even the colors that are used for these tattoos have typical meanings, related to the parents of the tattoo bearer. For example, if the tattoo has been carved with black color, then it says, that the parents of the tattoo bearer are wise and old, while gold colored dragon tattoo represents features of wisdom, strength and compassion.

Dragons have always represented power and mystery in China and are known as Lung. Chinese dragons symbolize the features of health, harmony, intelligence, good luck, etc. Snake-like appearance, scaly body, no wings, clawed legs, etc., are some of the physical features of the Chinese dragon tattoo. Similar to Japanese tattoo, even Chinese dragon tattoos have several meanings related to them. Tien-lung is a celestial dragon which protects the God, while a yellow dragon is known for its intelligence and is hornless. Shen-lung is a spiritual dragon and is believed to control the rain and wind. Ti-luns which is an Earth dragon, controls water and rivers on Earth and the Fut’s lung is an underworld dragon, which protects gems and precious metals.

Choosing a tattoo can be a daunting task, due to so many meanings and designs associated with them. One more important thing that should be kept in mid while choosing the dragon tattoo is its placement. For women, these tattoos look good on the back and arms. Dragon tattoos require a very large canvas to complete the design. Hence, back makes a good place for such tattoos. 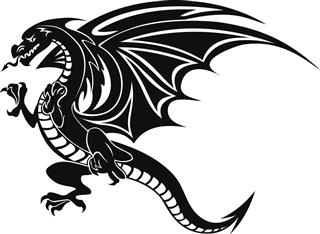 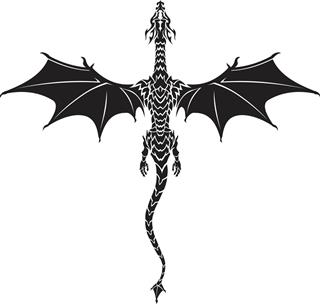 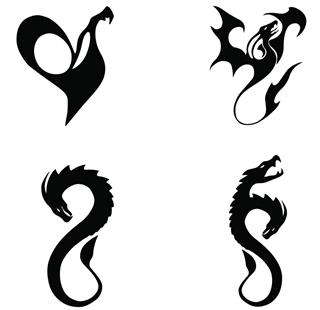 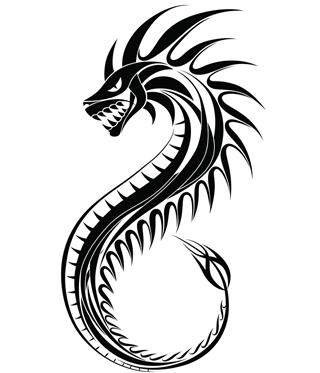 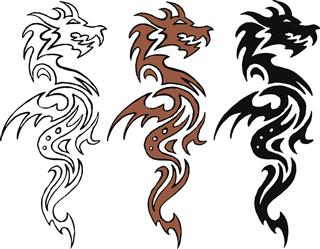 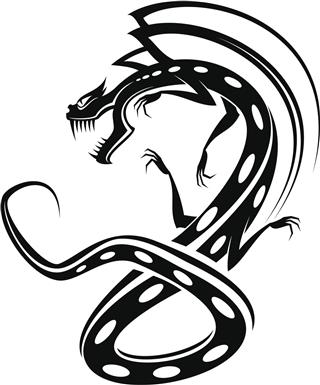 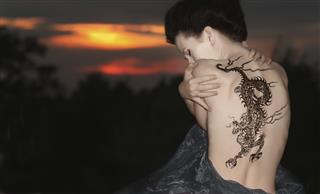 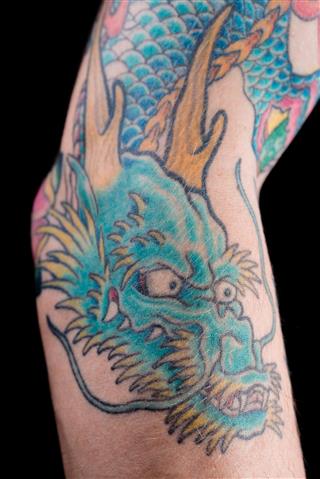 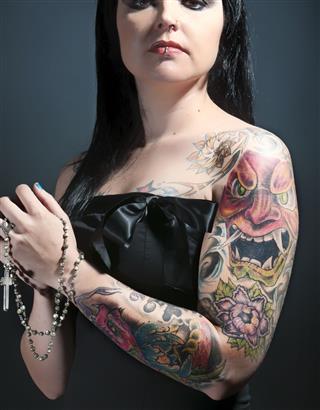 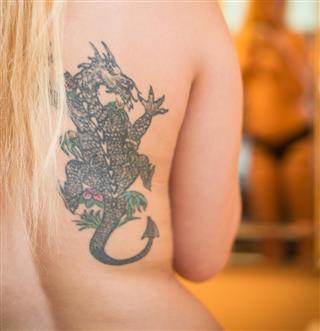