What Does a Hamsa Hand Tattoo Actually Symbolize?

A hamsa hand is a popular talisman used in various cultures and religions. It has always been used in art, jewelry, and other artifacts. However, lately, the tattoo world is also coming across many enthusiasts sporting this symbol on themselves because of its deep meaning.

A hamsa hand is a popular talisman used in various cultures and religions. It has always been used in art, jewelry, and other artifacts. However, lately, the tattoo world is also coming across many enthusiasts sporting this symbol on themselves because of its deep meaning. 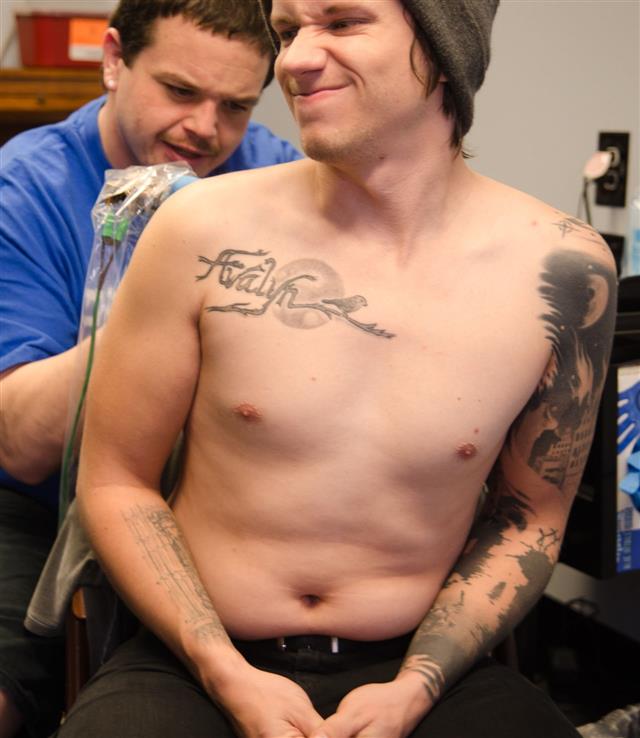 The hamsa hand can be depicted in two ways: 1) With the fingers apart; and 2) With the fingers closed together. It is said that the first design depicts the power to ward off evil, while the latter is a symbol of good luck.

A hamsa hand tattoo is not only beautifully rich in design and appearance, but is also perfectly backed by affluent cultural and traditional values. This symbol descends from various religions including Islam, Judaism, and Christianity. The earliest use of the hamsa can be traced back to Iraq (ancient Mesopotamia) where it was used for protection, safety, and immunity from the evil eye. This is the first and foremost reason why many people get this symbol inked on themselves―to stay safe from those who emit the looks/vibes of envy.

The presence of an eye in the hamsa hand strengthens its meaning all the more as this element also symbolizes protection from evil. This eye is often referred to as the eye of Horus, signifying that you are always being watched and no matter where you hide, you cannot escape from the eye of your own conscience.

Hamsa is also known as Khamsa, which is an Arabic word that means ‘five’ or the ‘five fingers of the hand’. It is interesting how this one symbol is accepted in different religions for different reasons. And surprisingly, all the meanings and reasons come down to the same implication, which is safety and protection.

If you follow Islam, then the five fingers in the design could represent the five pillars of Islam. These are: Shahadah―There is only one God and Muhammad is God’s messenger; Salat―Praying 5 times a day; Zakat―giving alms to the needy; Sawm―fasting and self-control during Ramadan; and Hajj―Visiting Mecca at least once during the lifetime. Alternately, this symbol is also known as The Hand of Fatima, in remembrance of Muhammad’s daughter ‘Fatima Zahra’.

If you come from a Jewish family, then the hamsa is believed to symbolize the God’s presence in everything that exists in this world. The five fingers of this symbol are also used to remind the wearer of the tattoo to use all of their five senses to praise God. Some Jews also believe that the five fingers represent the five books of the Torah. It is also referred as the Hand of Miriam, elder sister of Moses.

When it comes to Christianity, some sources say that the hamsa hand is the Hand of the Virgin Mary and symbolizes femininity, power, and strength. Many times, the symbol of a Christian fish is also incorporated along with this design as the outer lining of the eye, as the fish (Ichthys) is considered to be a symbol of Christ. In some cultures, it is also believed that the fish is immune to the evil eye.

No matter what different religions and cultures say of its emergence, the point is, the bearer of this tattoo ensures security and protection from all evil. Many mothers embrace this sign to protect their children and family from ill-wishers. This symbol is believed to give them the power of protection. Many people also ink it for the sake of fortune and good luck in life. 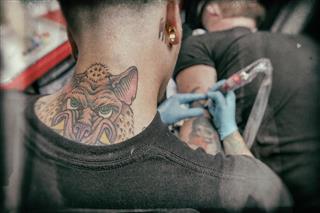 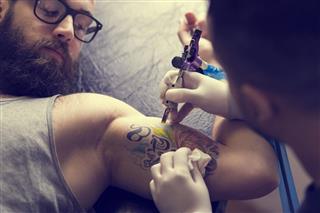