A sparrow tattoo is one of the most uncommon tattoo designs today. Here is information on the meaning and symbolism associated with the sparrow tattoo. 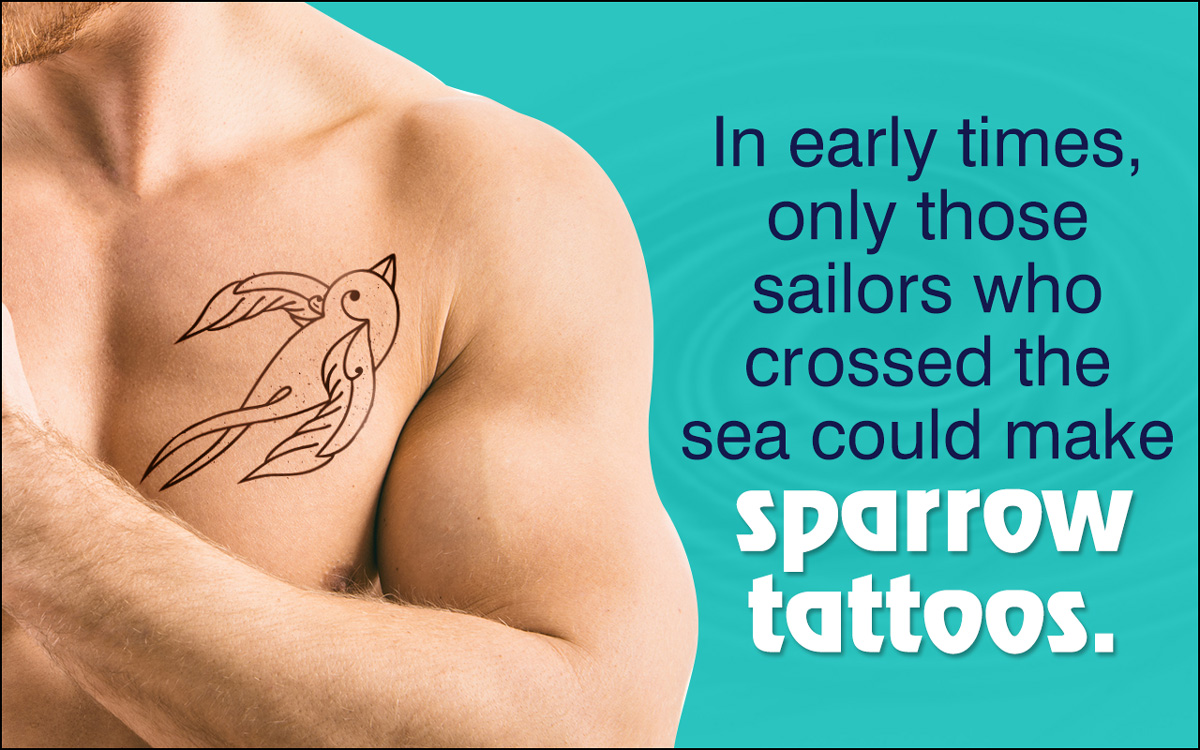 A sparrow tattoo is one of the most uncommon tattoo designs today. Here is information on the meaning and symbolism associated with the sparrow tattoo.

Arguably, the modest looking sparrow has been immortalized by the famous Jack Sparrow of the ‘Pirates of Caribbean’ series. From then on, most of us fell in love with the ‘sparrow’ all over again, some of us to such an extent that they had a sparrow tattoo made on their body. But, is the similarity of name to Jack Sparrow the only meaning? Obviously not, there are several other meanings associated with this tattoo, which we are going to see in this article.

Interestingly, references of bird tattoos are found in history. Sparrow tattoos were made by sailors who had crossed the sea. In fact, only those sailors who had crossed the sea were allowed to make this tattoo on their body. In olden times, the sailors would follow the sparrows to land, i.e., seek directions from their movement. We find that the historical symbolism of nautical star and sparrow tattoos is the same.

There are several interesting designs to choose from. You can either have a single sparrow perched on a branch or a pair flying together. Sparrow tattoos need not necessarily be in black and brown color. You can also make it in other colorful tones like blue, red, golden, etc. The Celtic sparrow tattoo is also favored by many people these days. On the other hand, if you are looking for an elaborate design, you can have other abstract art, branches, leaves, etc., made along with the sparrow.

Peculiarly, one of the other images that may also pop in the mind when talking of sparrow tattoos is that of Jack Sparrow of the ‘Pirates of Caribbean’ series. However, you should remember that it requires a lot of skill to make this tattoo (it should look like Johnny Depp).

So, as a summation of the above, we conclude that wisdom, religion, love, loyalty, memory, etc., are some of the popular meanings associated with the sparrow tattoo. Lastly, make sure you have a tattoo made from a certified professional artist. Good luck! 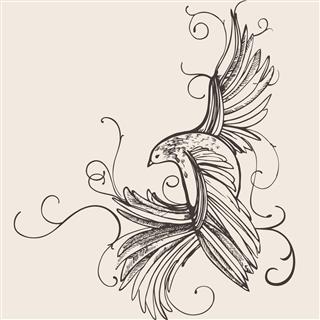 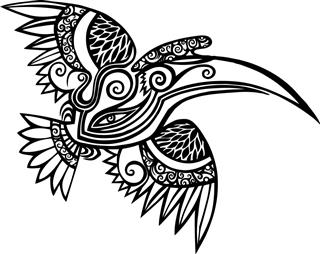