These Ideas for Puerto Rican Tattoos Couldn’t Be More Special 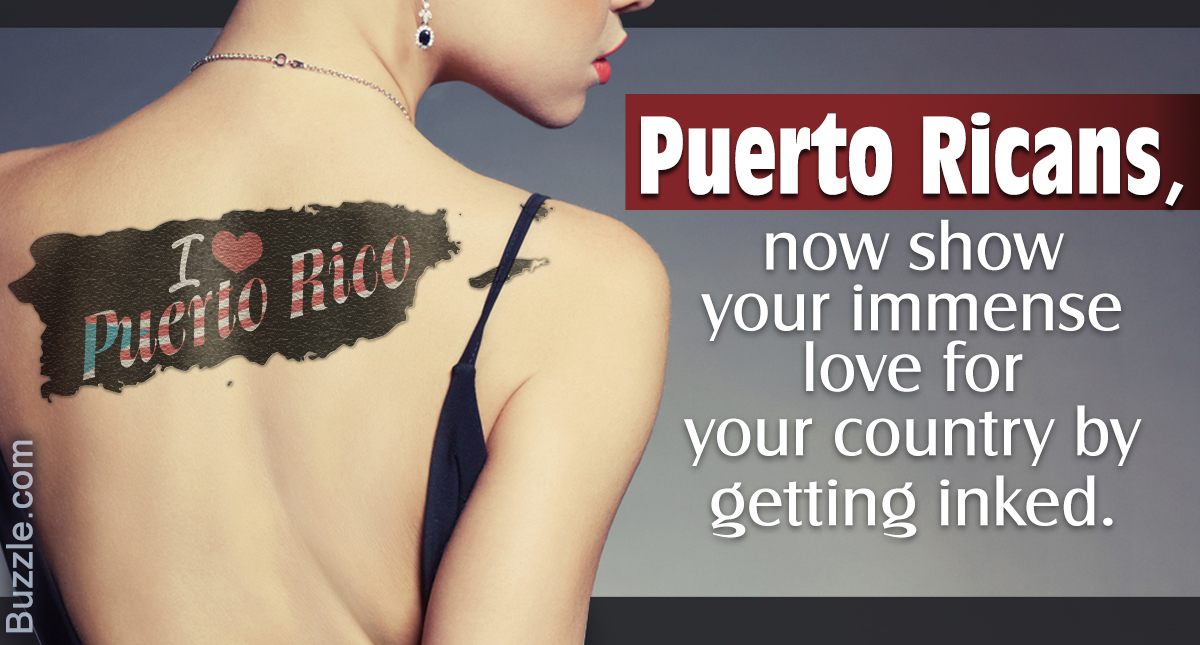 Although a small piece of land, Puerto Rico is a beautiful country and has ample reasons to hold pride in every Puerto Rican’s hearts. Puerto Rico had been under the domination of larger world powers and Puerto Ricans have struggled through centuries to keep their own culture integral. The Puerto Rican culture is a varied mixture of African, Caribbean, South and Central American cultures. Puerto Ricans love to get their bodies inked to sport tattoos to express fondness, pride and respect in their heritage. Their tattoos have a racial and cultural mix of all these countries, teamed into one which makes them quite unique and stylish.

The flag of Puerto Rico is a symbol of immense pride and the most popular design in the tattoo. The Puerto Rican flag features three red stripes, two white stripes, a blue triangle and a white star. The red stripes represent the blood shedding that took place with the three branches of democratic government. The two white stripes are symbols of freedom and liberty. The blue triangle symbolizes the Government of Puerto Rico and the white star symbolizes the status of Commonwealth that Puerto Rico gained in 1952. Getting inked with a picture of this flag would be one of the greatest traditional Puerto Rican tattoos that would represent your roots and the pride you hold being a Puerto Rican.

One of the most patriotic and stylish Puerto Rican tattoos is the Coat of Arms tattoo. It looks like a badge with green color dominant on its background. This color was used during the beginning of the Christian era as a reference to Saint John the Baptist, as a sign of vegetation when he would preach in the barren lands and jungle of Judea. It also has the Book of Revelations on which a white lamb is sitting holding the seven seals of the Apocalypse of Saint John the Apostle. This lamb is a symbol of purity referring to the Lamb of God, the Agnus dei, recognized as Jesus Christ. There is also a white flag with a red cross that the lamb holds. This red cross is the “Cross of Jerusalem” which was once used by monarchs with a purpose of expelling the non-Christians from the Spanish peninsula.

The rim of the Coat of Arms is covered by 16 symbols, out of which 4 symbols are castles which signify the “Kingdom of Castilla”, 4 lions symbolizing the “Kingdom of Leon”, and both the symbols of lions and castles mean the unity of both kingdoms. Other symbols include 4 flags, and 4 crosses of Jerusalem which are considered to be symbols of Saint John the Baptist. The top of the Coat of Arms has a crown that symbolizes the “Royalty” who authenticated this shield. To its right is the letter “F” and to its left is the letter”Y”. An “F” which is for Fernando and, to a “Y” for Ysabel, who were the King and the Queen of the Spanish Empire when Puerto Rico was discovered. The picture of arrows and a yoke symbolize ideographs for the initials of the Catholic Kings, F and Y. There exists an inscription that reads, “JOHANNES EST NOMEN EJUS” or “”Juan (John) is its name”, since Puerto Rico was initially called San Juan (Saint John), which is the name of its capital city today. The Coat of Arms tattoo is considered to one of the most meaningful tattoos in the world.

✪ Outline of the Land of Puerto Rico Tattoo

This is one of the most unique Puerto Rican tattoo and represents the geographical outline of Puerto Rico. This tattoo design can be inked well on back and lower back areas. A nice idea would be adding some embellishments to this outline with some wording. Popularly, tattoo lovers ink it with “I (heart symbol) Puerto Rico”. You can also go with filling the outline with Puerto Rican flag or simply mark your hometown with a star and its name.

Puerto Rican celebrities have been inspiring a number of tattoo lovers for tattoo designs after their names. Celebrities like Ricky Martin, the pop music icon has created tattoo designs having wordings from his song, “Loca” for example. Roselyn Sanchez, the actress, singer and model, and her gorgeous face has inspired a lot of people to get her portrait tattoos on their bodies.

The gangs in Puerto Rico sport their own tattoo design. One of the most notorious gangs of Puerto Rico is Neta and they sport a tattoo with a heart pierced by two Puerto Rican flags criss-crossing the heart. It also includes a right hand restrained, because of handcuffs that cross its index and middle fingers.

Coqui is a tree frog that is native to the land of Puerto Rico. Today, it is considered to be an endangered species of frog and thus is valued much more than it used to be previously. This adorable tiny creature is not an official symbol of Puerto Rico but it has made itself a popular Puerto Rican tattoo design. The coqui frog tattoo is one of the most remarkable designs of the Puerto Rican tattoo art.

Puerto Ricans are sport lovers and these sports fans are tattoo enthusiasts too. A favorite team logo, or a portrait of a favorite Puerto Rican athlete, would make great tattoo designs. The sport tattoo designs look best on shoulders and forearms, as these are the best places to sport tattoos. Sport icons like Carlos Arroyo the NBA basketball star and the most successful Puerto Rican athlete are found more on arms and shoulders of sport lovers than in real! The baseball star, Roberto Clemente and the Puerto Rico’s Muhammad Ali – Hector Camacho are the greatest sports stars that the land of Puerto Rico gave birth to! You can get a portrait tattoo of any one of these stars. Another sought after tattoo design in the sport world is the team logo of the famous soccer team, Puerto Rico Islanders, which is a shield with the team name, a soccer ball and the flag of Puerto Rico. 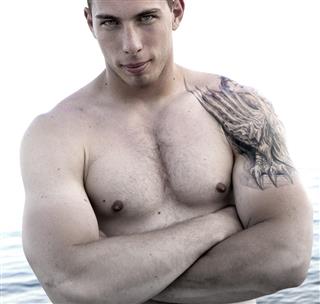 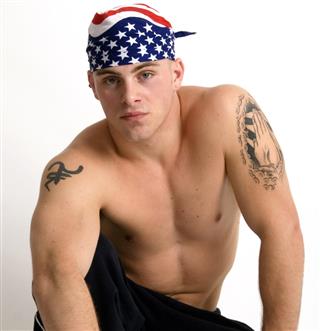