These Meanings of a Polynesian Tattoo Will Seriously Impress You

Bold, symbolic, and a piece of art - that's what a Polynesian tattoo looks like. But have you ever delved a little deeper into finding out the meaning behind this type of tattoo? It is quite interesting to learn about the detailed meaning of the Polynesian tattoo symbols and designs.

Bold, symbolic, and a piece of art – that’s what a Polynesian tattoo looks like. But have you ever delved a little deeper into finding out the meaning behind this type of tattoo? It is quite interesting to learn about the detailed meaning of the Polynesian tattoo symbols and designs. 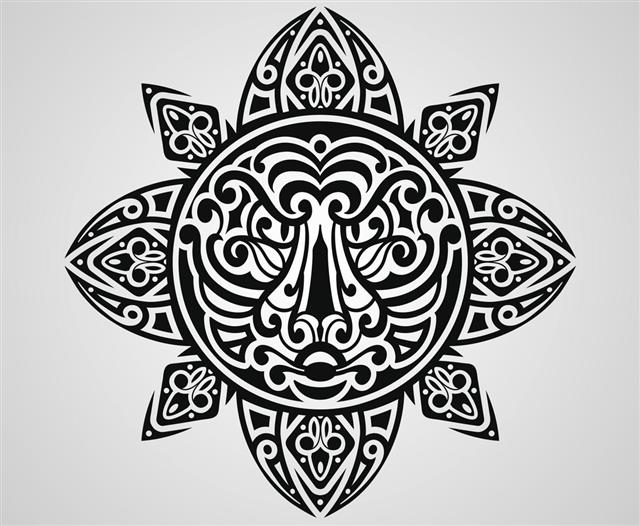 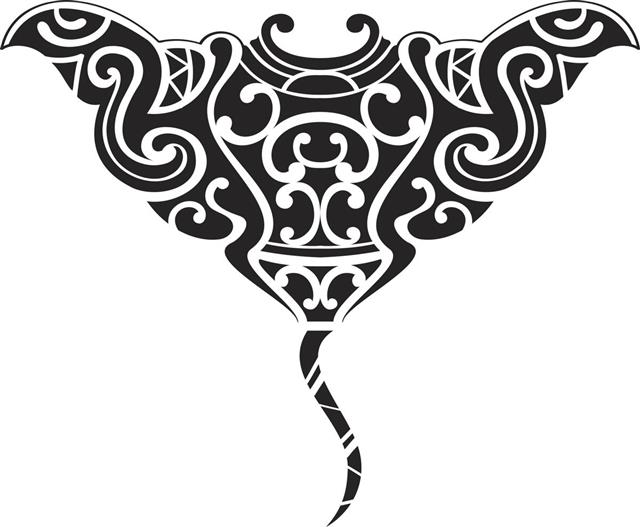 Polynesian tattoos have been a source of intrigue for many historians as the traditions behind these tattoos are centuries old. They have a very interesting past associated with them, giving them a distinct meaning and design.

Polynesians use two styles in their tattoo designs.

– The first style is known as Etua which has a religious and spiritual significance. This style also makes use of magical symbols, which are believed to offer protection from the Gods.
– The second style is called Enata. This style has natural designs which depict a person’s social status, identity, occupation, island of origin, and his history.

Most Polynesian tattoos symbolize courage, power, achievements, protection, and blessings from the Gods. If you want to pick a Polynesian design for your tattoo, then you need to know what they symbolize. Getting a tattoo is serious business and you need to be absolutely sure of the design that you are getting. This ThoughtfulTattoos article will tell you everything you would need to know about these symbols.

A tiki is a form of Hawaiian tattooing. Tikis consist of statues that had human figures carved into them. They were considered to be ancestors of humans and were believed to be the forces that drove out bad energy. Tikis are usually depicted with their eyes closed, as they are known to have the ability to smell approaching trouble.

Sharks and Their Teeth

In Polynesian culture, sharks are considered very sacred as they are creatures of power. They symbolize protection. It was believed that these tattoos would protect their wearer from enemies and threats. That is why, sharks and their teeth are a popular design where Polynesian tattoos are concerned.

Turtles symbolize longevity as they live for a very long time. Therefore, Polynesians included the turtle in their tattoo culture.

Geckos were feared by the Polynesians. However, they also intrigued the Polynesians, as it was believed that geckos had supernatural power. It was considered a bad omen, if a green gecko laughed, as it meant illness and bad fortune would follow next.

Shells symbolize prosperity. It was believed that earlier shells were used as money. Hence, shell tattoos were very popular as it meant that the wearer of this tattoo would have an abundance of wealth, fortune, and well-being.

Let’s take a closer look at the cultural significance of these tattoos, in the different islands of the Pacific Ocean

The tattoos in the Cook Island included markings associating the wearer to his or her tribe.

The art of tattooing is a very important aspect in the culture of this island. Tattoos were worn to enhance physical appearance, signify the passage of life, and to show the ranking of a person in the tribe or society.

Hawaiian tattoos were etched for a person’s identification or simply as a fashionable work of art on the wearer’s body. The tattoos were believed to protect the wearer from mishaps. These tattoos were also inked to honor the dead, who were close to the wearer.

The Maori tattoos of New Zealand, have distinctive spiral designs, which signify strength, courage, social status, and passion. The tattoos contain markings and reveal the ranking of a person, and also signify the wearer’s passage of life.

A Samoan tattoo, is like a documentation, telling the story of the person who sports the tattoo. It contains rank, age, and social standing. These tattoos are large and complicated. They are adorned by both men and women.

Tattoos worn by the people of this island have religious significance. It is believed that these tattoos make the skin blessed, so that the wearer can communicate with God.

Tonga tattoos, are very similar to Samoan tattoos, telling the life story of the wearer and showing his ranking in society and his age.

The art of tattoos was considered a sacred art in Polynesian culture. A tattoo was inked in a ceremony with music (drum beats) and tribal dancing. A person who wanted the tattoo had to follow a series of rituals, both before and after inking of the tattoo. Earlier, tattoos were done using crude equipment like bird and animal bones, turtle shells, bamboos and the likes. These tattoos took a long time to heal, but yet people got them done. They symbolized courage, power,and ranking in society.

The age of eligibility to get a tattoo, was 12 years, as this age is considered a transition from childhood to adulthood. Every achievement was felicitated with a tattoo. The more number of achievements, the more would be the tattoos. In Polynesian culture, having several tattoos on the body was a matter of prestige. These tattoos were not only made on men, but also on the womenfolk of the tribes. However, the parts of the body for tattooing women was limited to the arms, chin, lips, and palms.

Polynesian tattoos are a beautiful piece of art. But, before you get a Polynesian tattoo done, please research as the tattoos have different meanings in different islands due to their diverse cultures. A tattoo should be unique and it should reflect your personality and the message you want to portray. Remember to care for your tattoo, once you get it done. A tattoo that has been looked after well always looks fresh and beautiful. 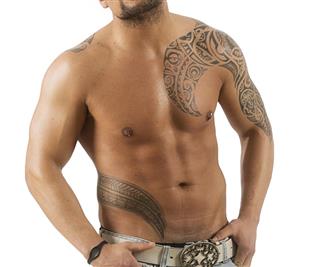 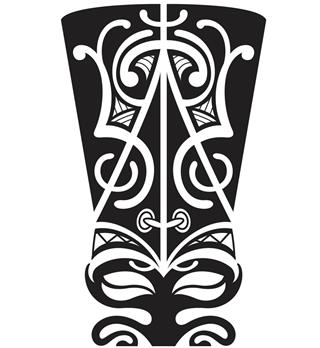 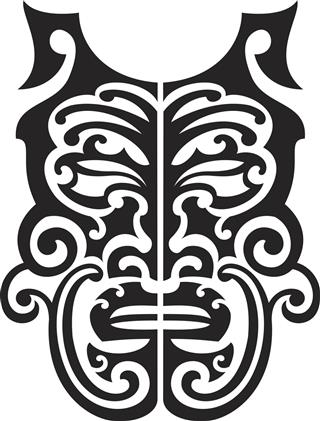 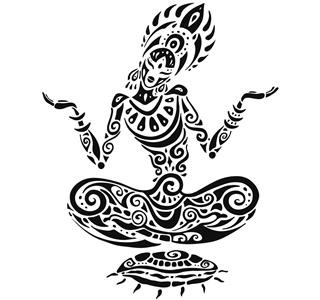 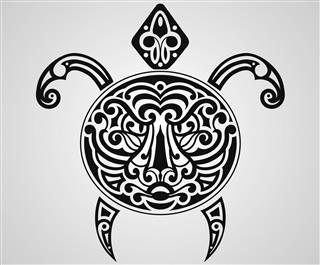 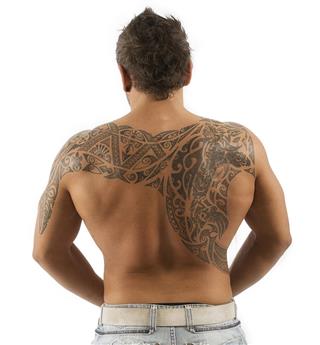 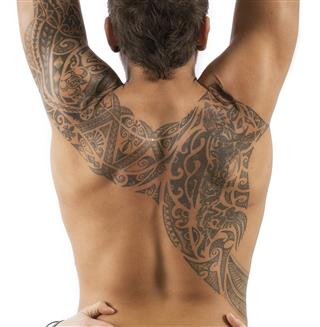 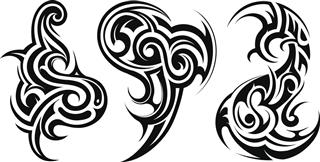 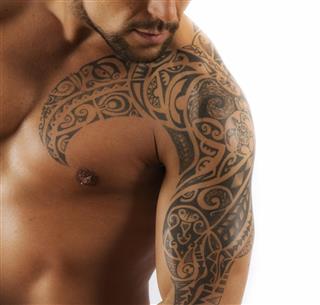 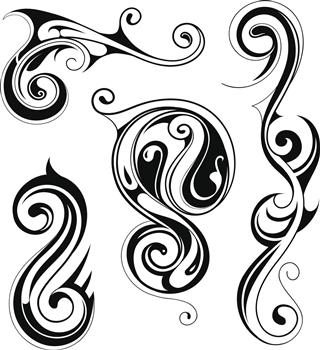 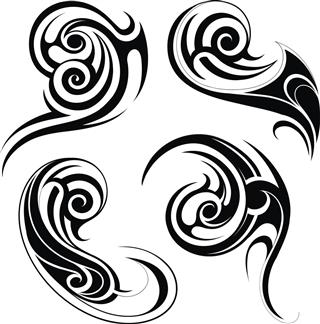 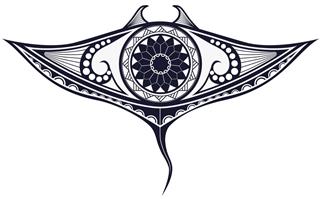 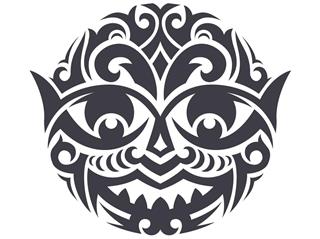