These Peacock Tattoo Meanings Will Leave You Spell-bound

One of the most eye-pleasing of all bird tattoos is the peacock tattoo. This tattoo is associated with people's belief about this beautiful bird. The meanings may differ with every culture.

One of the most eye-pleasing of all bird tattoos is the peacock tattoo. This tattoo is associated with people’s belief about this beautiful bird. The meanings may differ with every culture. 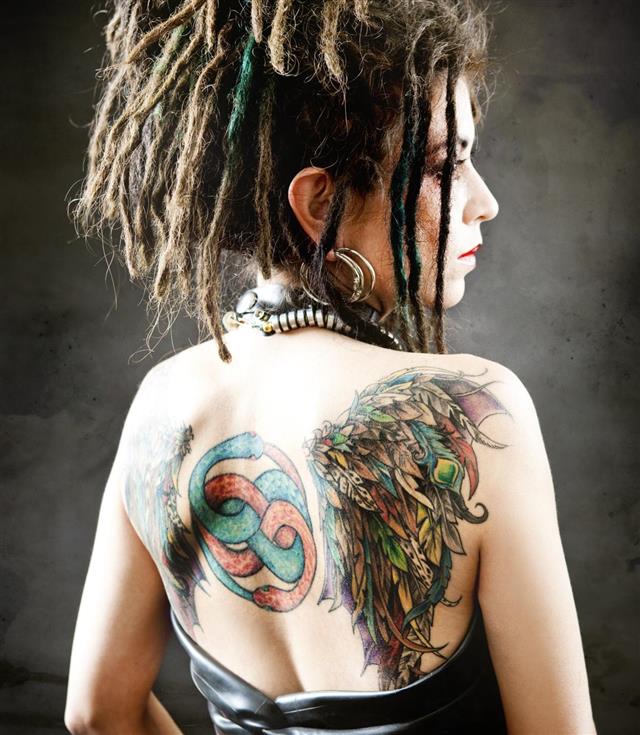 The colorful and flamboyant bird when etched on your body depicts beauty and grace. Even though it is the male species, this tattoo is much coveted by the female folk, owing to its vibrant appeal and feminine look. The designs are versatile and so are the meanings. It’s indeed important to know the significance because the permanent emblem on your body would portray your character and purpose of wearing the tattoo would also be evident from the design etched.

♦ Over years in ancient folk-lore and legendary stories, the peacock symbolized integrity. The blend of hues and its closely knit feathers is a representation of unity. The wearer of a peacock tattoo should respect humane values and he should be benevolent by nature. This view is more pronounced in Hinduism.

♦ The external beauty of this bird is associated with the inner beauty of human beings. Noble, religious, patient, compassionate, and truthfulness are some attributes associated with purity of mind. The person flaunting this tattoo depicts himself as someone who is spiritual and devoted to God.

♦ This tattoo symbolizes foresight and your ability to perceive the good in every element. Thus, the wearer would depict himself as someone who is foresighted and optimistic about life. It is also an emblem of moral refinement, kindness, compassion, and love. In Asian philosophy, the tattoo is associated with Kuan-yin Pu-sah or Bodhisattva Guanyin.

♦ Since this bird is a symbol of royalty, wearing such a tattoo depicts you as royal and glorious. It symbolizes truthfulness and a clean character. Apart from all these attributes, a person’s royalty is also associated with nobility, protection, guidance, spiritualism, and watchfulness. The same meaning is conveyed by animal alchemy symbols.

♦ ‘Proud as a Peacock’, you might have heard of this phrase. The handsome male peacock, spreading its tail is symbolic of vanity and amour propre. Since peacocks represent the male gender of the breed, men love to get their body engraved with this bold design (Asian theme). It signifies traits like arrogance and haughtiness.

♦ ‘The bird of 100 eyes’, if you have ever caught a glimpse at its feathers, I’m sure you must have noticed the eye like structure. Those who get inked of a feather of a peacock, are considered to be hideous and suspicious by nature. Ancient Greeks, Romans and Egyptians considered the feather tattoos to be an ‘evil eye’ (meaning all-seeing witnesses to hidden transgressions).

♦ Meaning of this particular tattoo in Christianity is quite different. Those who are staunch followers of Christianity hold the view, that it is a symbol of resurrection. Christians who believe in immortality, incorruption and purity in soul wear the design emphasizing more on the feathers.

♦ Chinese believed that a woman is blessed with a child if a peacock threw a glance at her. A tattoo of a peacock is known to bring good luck and fortune to a pregnant woman with the arrival of her child. Owing to this belief, it became a popular tattoo design among expecting mothers. Thus, Chinese considered etching tattoos of this bird to be lucky for women.

♦ The vivacious colors on the peacock feathers represent a fresh mind and a light heart. For someone who is at peace with their soul and life will be inclined to get this tattoo. The mere sight of the ecstatic hues can rejuvenate your spirits. In this context peacock tattoo is also associated with optimism, hope and belief. It is known to spread positive vibes.

If your personality depicts the qualities of a peacock, you can definitely get one inked on your body. Add a touch of unique color combinations and you’re good to go! 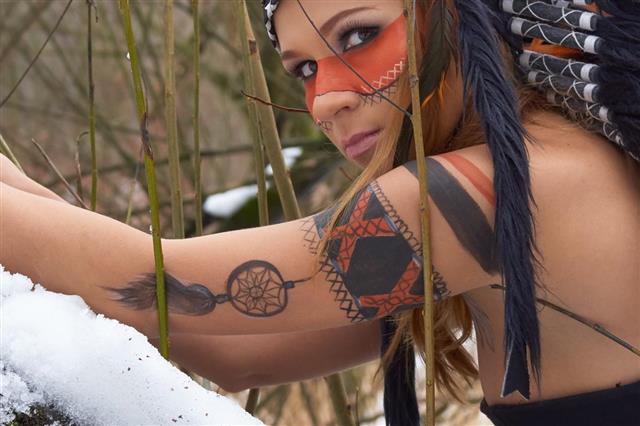