What Does a Lotus Flower Tattoo Symbolize? We Have the Answer

Just as the flower Rose is to the West, Lotus is to the East, laden with deep meaningful references to the creation of life and beauty A new and radical way of rediscovering the significance of this very symbolic flower is getting lotus tattoos done, which is person specific as to how you want to interpret it.

Tattoos / Tattoo Designs / Tattoo Meanings / What Does a Lotus Flower Tattoo Symbolize? We Have the Answer

Just as the flower Rose is to the West, Lotus is to the East, laden with deep meaningful references to the creation of life and beauty A new and radical way of rediscovering the significance of this very symbolic flower is getting lotus tattoos done, which is person specific as to how you want to interpret it.

Also referred to as Sacred Lotus, this flower has been the symbol of detachment from worldly desires and illusions according to the Hindu religious scriptures. It symbolizes purity in the true sense of the word. The lotus symbolizes life ever renewed and revitalized when it peeks out of the muddy waters every morning. In Biblical, Indian, Egyptian, Chinese and Japanese cultures, Lotus has been one of those flowers having a great importance spiritually and symbolically. It holds great importance in the East and is considered among the most sacred and beautiful flower. Nowadays it is widely used in the tattoo designs. The meaning and the motive of getting it inked may vary from person to person.

Lotus as a Tattoo

Tattoos nowadays make a strong style statement and give an insight into the person’s psychological labyrinth. One’s conscious mind is revealed through the choice of tattoos a person gets done.

Tattoos depicting the lotus flower can frequently be seen on people. Placement of the tattoo may be according to ones’ choice. The tattoo may be in combination with various other symbols which may signify its meaning and importance. The color of the flower also contributes symbolically, like the white lotus means purity and transcendence; pink lotus signifies the supreme One, the Great Buddha and Goddess Lakshmi; the red lotus expresses compassion and passion; blue signifies the supremacy of the eternal over the temporal.

Modern life is an eternal quest to know what an individual really wants, emerging successfully from a war waged with one’s own self. A lotus tattoo can imply one such successful emergence or life in general as to grow from the earthly mud and be born as something more meaningful than just beautiful.

For People Who Have Seen Hardships

Lotus tattoos are popular with people who have seen hardships in life and have come out successfully.

Among the Japanese tattoo artists, a lotus tattoo is equally popular as the Koi fish, at times they can be found together as well. The flower can be considered as an eastern equivalent to the rose.

Symbol of Optimism, Spirituality and Knowledge

Some can use the lotus flower as an example of a dormant seed that lies under mud and muck, that bursts into life under sunlight. It can therefore translate into optimism, spirituality and knowledge that suddenly lights up an individual’s whole being.

As it is believed that lotus is the throne of Goddess Saraswati according to Hindu mythology, you will commonly get across tattoos with such combination. You can also find lotus with the combination of the symbol ‘om’ which is a spiritual symbol in Hindus.

Though it caters everyone, lotus tattoo is the best option for the people who want to show their devotion and respect towards the religious believes.

Ancient Egyptian Mythology
According to Egyptian mythology, a lotus is a flower that is created from the fluid chaos of the world. Nun and the Sun God, Atum walked out of it to spread light all over the cosmos. One of the versions of this mythical tale also suggest that the Sun God emerged out of the petals of the flower as Ra. In Ancient Egypt it was rightly taken as a symbol of genesis, revival and restoration.

Buddhism
Buddhism adopted the concept of “Om Mani Padme Hum” – a hymn that celebrates the ‘jewel in lotus’- the essence and spirit of being rooted in the core of all mankind. In this religion, Lotus symbolizes fortune and purification. The flower, which takes birth in mud, teaches a common man a valuable lessen by blooming out of that murky environment to achieve enlightenment. It resemble the cleansing or purifying of the spirit that arises from a muddy surrounding. Hence lotus as a flower symbolizes the journey and advancement of the soul through the transcendence of the material world to be one with the supreme soul., thus making it a strong creation archetype.

Christianity
Christianity has the white lily depicting the same symbolic message as the lotus, related to Mary the Virgin mother, which signifies chastity and fecundity. Doesn’t, “Blessed are the pure in heart, for they shall see God” echo “Om Mani Padme Hum”.

Hinduism
In Hindu Mythology, the utterance of first, ‘om’ brought forth the first “golden lotus”, where it is also the seat of Brahma (the creator). According to Bhagwad Gita, Man should be like the lotus; working without getting emotionally or physically attached. His actions should be solely dedicated to Him without committing any sin. The position of a lotus in yoga, called padmasana, is practiced by those aiming for inner peace by letting the flow of vital energy in the upward direction. 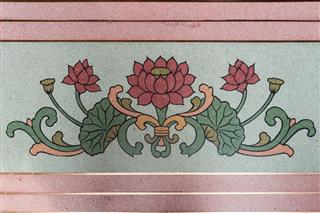 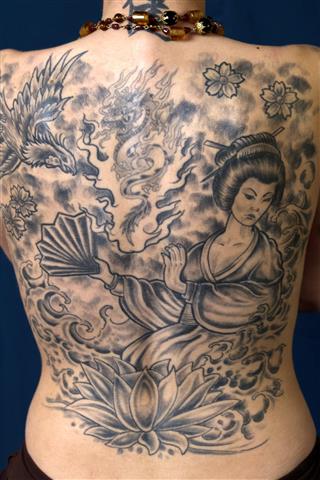 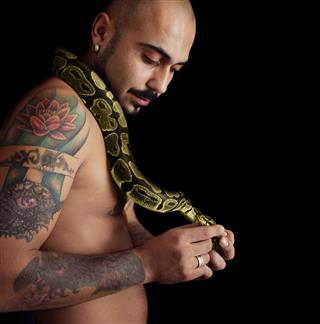 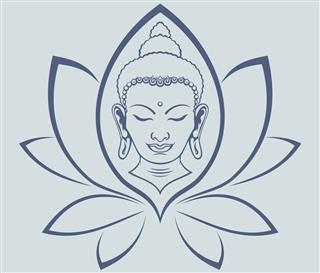 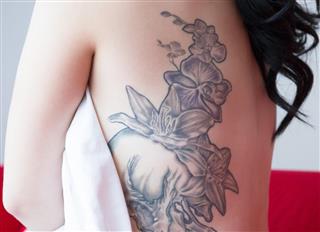 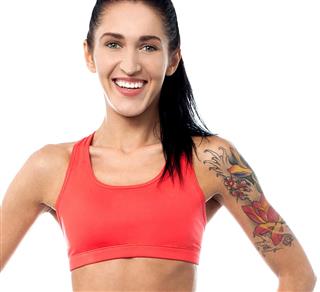