Fascinated by the koi and want to get one tattooed, but don't really know its meaning? Well, this amazing fish has a lot of significance. If you are a tattoo enthusiast, then a koi fish tattoo is what you should go for. Know more about the koi fish tattoo before getting one permanently inked. 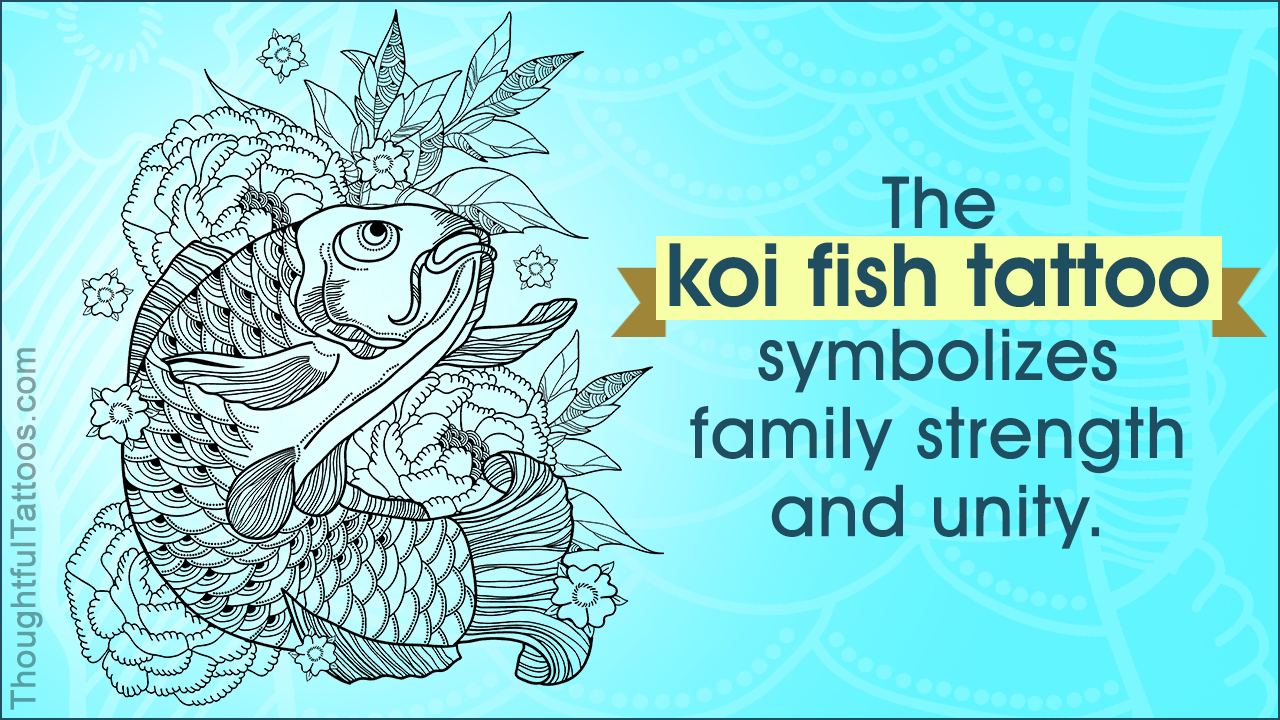 Fascinated by the koi and want to get one tattooed, but don’t really know its meaning? Well, this amazing fish has a lot of significance. If you are a tattoo enthusiast, then a koi fish tattoo is what you should go for. Know more about the koi fish tattoo before getting one permanently inked. 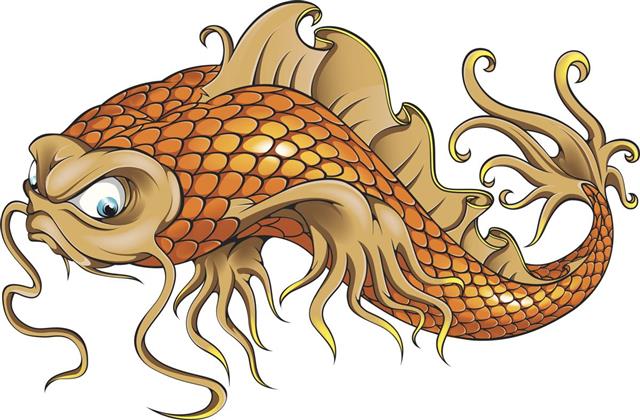 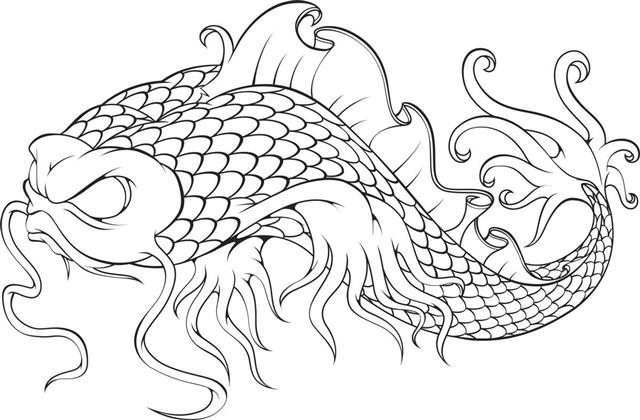 …that in Japanese, koi means romantic love, and the koi fish also symbolizes independence or liberty. Hence, sporting a koi fish tattoo can mean being in love and not caring about the opinion of others.

Tattoos are a creative way of expressing oneself and this body art has been around since ancient times. Traditionally, tattoos were used not only to enhance one’s image but were also used to identify a clan or tribe. Of course, the tattoos that we see today are very much different from the traditional ones. With an unlimited choice in tattoo designs today, finding the right one can seem quite difficult. If you are in a dilemma about which tattoo to get, that will suit your personality, then how about getting an amazing koi fish. These tattoos are in vogue since a long time and they are also one of the most colorful tattoos that are equally loved by both men and women.

The koi is the Japanese word for carp fish. It is very popular and has been a favorite in the tattoo world. There are numerous myths and legends surrounding this fascinating fish. An ancient Chinese myth states that a koi swam upstream and climbed the falls to a point called ‘The Dragon Gate’ after which it transformed into a dragon. A mere fish, turning into something so mighty and powerful like a dragon signifies great determination and courage and this is what the koi tattoo also symbolizes.

Koi Tattoos and their Various Meanings

The koi fish can be interpreted in different ways. You should know that a koi tattoo with the fish swimming upstream and one swimming downstream has different meanings. Also, a simple koi fish in water has its own meaning. A koi fish tattoo with running water symbolizes courage, the ability to attain goals and to overcome life’s difficulties. When the fish is depicted to be swimming upstream, it can symbolize that the person who has got the tattoo, is still struggling with his problem. On the other hand, if it is depicted swimming downstream, it implies that the person has already overcome his difficulties. It also means love for the opposite sex or longing for a specific person. This love can be described as ‘romantic love’ or ‘passionate love’. In Buddhism, koi represents fearlessness and courage. The koi is considered to be very brave because when a koi fish is caught it does not quiver like other fish. It just lies on the cutting board, staring and waiting for its fate. This trait of bravery and fearlessness is compared to the samurai warriors. It is the beauty and charm of the koi fish that has made it a popular symbol for family, especially in Japan. Even today, on Children’s Day in Japan, tubular flags with a koi on it are raised, in which each fish resembles a family member. A black koi stands for the father, flame red for the mother, blue and white koi for the boy and pink and red for the girl. Thus the fish can be thought of as a symbol for family strength and unity. The koi fish also represents the following:

Koi tattoo are done in various bright hues and each color depicts a particular meaning.

The red koi symbolizes loves. It also represents bravery and power. The red koi is the strongest as it represents its incredible ability to swim against the water current.

According to Japanese culture, the black koi fish represents the men in the family. It depicts male strength. However, in the western world this tattoo is the symbol of success after a change.

The dragon koi has special meaning in Japanese culture. It symbolizes overcoming difficulties, just like the koi did by climbing the Dragon Gate. It is also seen as a symbol of strength and will, the will to go against all odds to reach its destiny. A dragon is also a representation of power and ferocity, along with mystery and aura. It is also seen as re-birth, new start or beginning, more so after a divorce or bereavement signaling a new chapter in a strong-willed person’s life. Thus it indicates a tattoo wearer to move on, and start afresh in life.

As we know, the yin and yang represents balance. It also represents the belief that all things in life are connected (hence the circular movement). The yin and yang koi are also seen in the zodiac sign Pisces.

Koi fish also symbolizes inner strength, determination and achievement. The koi is oftentimes paired with flowers like lotus and hibiscus. These tattoos look very pretty and have several meanings.

Koi with a Hibiscus

The hibiscus represents devotion and loyalty. Hibiscus with the koi fish might also mean undying devotion or passionate love for someone, maybe even from the past.

Koi with a Lotus 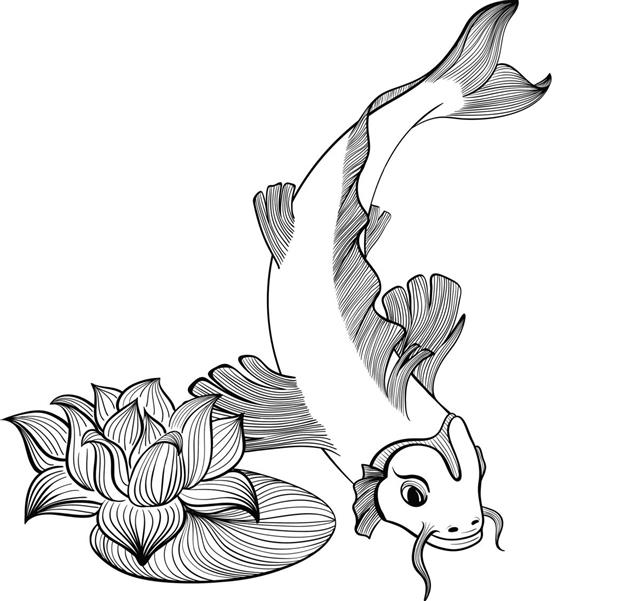 The lotus is a very popular tattoo. It grows in the muddy pond but grows into a beautiful flower. This much-loved flower has many different meanings and it is often seen with the koi. Lotus symbolizes struggle and change in life. It also signifies purity. The lotus with the koi symbolizes that with struggle and determination, success is inevitable. 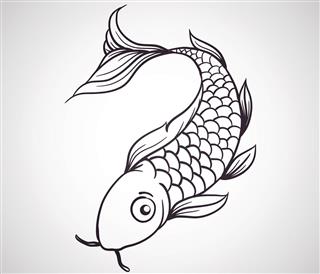 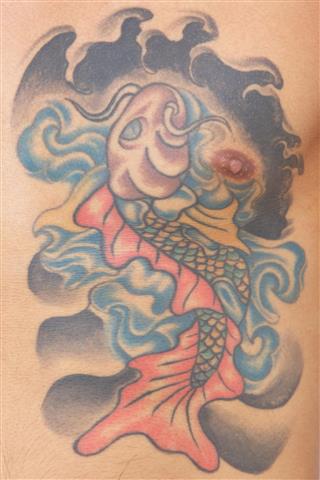 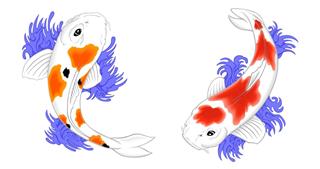 If you think the koi tattoo symbolizes you and your personality, then do a thorough research about the design and placement of the tattoos. Tattoos are not something that you want to go for impulsively. Look for the one that is unique and best expresses you.