Cool Cancer Tattoos for Men That are Simply Wonderful

Men too like to get tattoos which depict their zodiac sign. However, they prefer tattoos which are bold, intricate, and well though of. Here are some suggestions on Cancer tattoos for men. Read on to find out all about this sign and more...

Men too like to get tattoos which depict their zodiac sign. However, they prefer tattoos which are bold, intricate, and well though of. Here are some suggestions on Cancer tattoos for men. Read on to find out all about this sign and more…

The Cancer zodiac symbol looks like a combination of number 6 and 9 set horizontally, and parallel to each other. It is also depicted as a crab with its claws extended, which is why its symbol is believed to be an ancient representation of a crab’s claws. This sign is considered to be, mysterious, philosophical, introvert, and is ruled by the water element. This sign is ruled by the Moon, and people of this zodiac are born between 21st June – 23rd July.

Those who wish to get their zodiac tattooed on their skin, must learn a bit about the significance and origin of the Cancer constellation, and why this zodiac is represented by a Crab. Let’s check out some designs for zodiacal Cancer tattoos for men.

Hercules and The Crab

The crab was created by goddess Hera. As per Greek mythology, she was the goddess of women and marriage. She was also Zeus’s sister, and is famous for her jealousy, and retributive actions against Zeus’s lovers, and his children. Heracles or Hercules, was one of Zeus’s sons, and is considered to have been the strongest demigod in this mythology. Goddess Hera had sworn to murder Heracles much before he was to be born, and her first attempt at murdering him came at the time of his birth. During the time of labor, Hera tied up Heracle’s mother, Alcmene’s legs into several knots. This attempt was foiled because, Galanthis, the playmate and servant of Alcmene, lied to Hera and informed her that the baby had already been born, and there was no point in punishing the weak mother.

In later years, when Heracles grew up and became popular for his strength and courage, Hera tried many tricks to kill him, but he always managed to survive, which is when Hera cast an unbreakable spell of madness on Heracles. This spell made him kill his own children, but he was soon cured. In order to gain redemption, he had to carry out 12 difficult tasks, one of which was to kill Hydra, the evil nine headed water-serpent. During the battle between Hydra and Heracles, the evil Hera sent a Crab to help the serpent. The crab dutifully obliged with its orders, and fought fearlessly against Hercules, by trying to snap at the demigod’s feet and legs. However, the tiny creature’s attempts were in vain, and it was smashed to death by Heracles, who destroyed the crab’s shell with his foot. Impressed by the crab’s bravery, and in honor of the crab’s service, Hera formed a constellation in the shape of the Crab, into the night sky.

You can show this epic battle between Hercules, the crab, and the nine headed serpent, in the form of a tattoo. The mythology behind this zodiac, can make brilliant, meaningful, and elaborate, Cancer tattoos. Keep in mind, that this tattoo will require substantial space on the skin, such as the upper arm, chest, or the upper back. You may add bright colors to the tattoo or you could let the depth show through the use of black shading on the skin. After all, the little crab had the courage to face and fight against the strongest demigods in history, and even though it may not have won, at least it did not accept defeat. Instead, the crab sacrificed itself in order to carry out its instructions. Such bravery must not be disregarded, and a true child of the Cancer sign would know that very well.

Before you get yourself a tattoo, take sufficient time-out to discuss your plans about the design, with your tattoo artist. Don’t be in a hurry and give the artist ample time, to come up with a customized tattoo design for you. 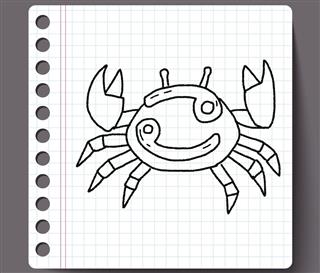 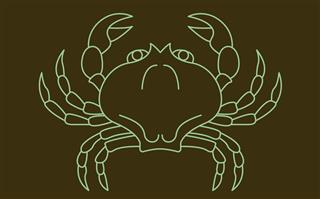 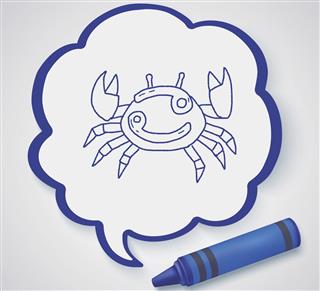