The magnificent moon holds great significance in various cultures and religions. In fact, each age group associates with the moon in different ways. It is a symbol of motherly love, romance, underworld, and many other things. ThoughtfulTattoos gives you some beautiful moon tattoo designs and their meanings to help you understand if this element is meant for your body art or not.

The magnificent moon holds great significance in various cultures and religions. In fact, each age group associates with the moon in different ways. It is a symbol of motherly love, romance, underworld, and many other things. ThoughtfulTattoos gives you some beautiful moon tattoo designs and their meanings to help you understand if this element is meant for your body art or not. 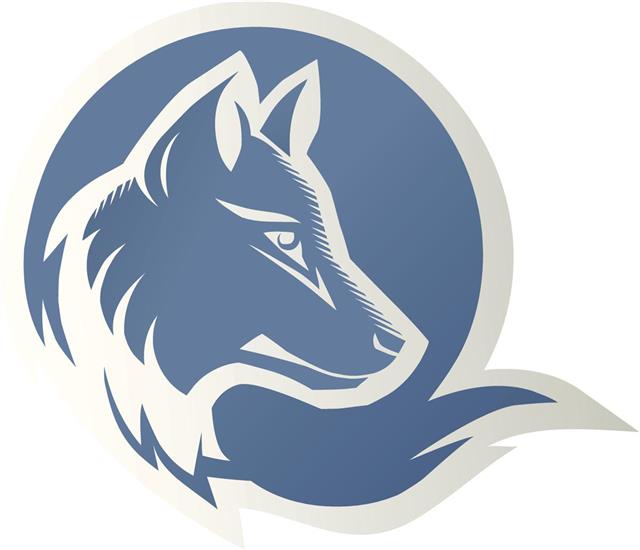 Do you belong to the Cancer zodiac?

This zodiac sign is ruled by the moon, and a person belonging to this sign is known as a Moon Child. It is said that changes in the moon brings about changes in their behavior, as well, making them highly moody and inclined to creativity and spirituality. A moon tattoo is ideal for these folks, we say!

We all get introduced to the moon quite early in life, starting from its mention in mother’s lullabies to the very first stories that are read to us. Watching the moon surrounded with the twinkling stars seems to be a favorite pastime of many children, a hobby that may extend to one’s adulthood, as well. We all have wished at some point or the other to catch hold of the moon, to cuddle it and tuck it with us while we sleep, but when we couldn’t do so, our mothers would ask us to not be selfish, because a moon belongs to the world and makes all children happy, you can’t have it only for yourself! Now that we have somewhat grown up, has our fantasy towards the moon changed? Maybe altered, but not completely diminished!

One way to keep this fantasy and dreamlike haven with yourself forever, even during moonless nights, is to get a moon tattoo inked that displays your love towards your mate from the fairy tales. There are different themes through which this tattoo can be portrayed, including fantasy, fairy tales, romance, religion, underworld, mystery, and spirituality. The connotations vary depending upon the portrayal. The following section gives you various ideas through which this one element can be inked in diverse ways.

Beautiful Moon Tattoos and Their Meanings

A moon design is the topmost preference as a tattoo among women; however, considering the multifarious ways through which it can be portrayed, most men also opt for it, of course, adapting a more masculine look. The designs vary from a full moon and crescent moon to the triple moon. Also, because the white light of the moon is a tad difficult to ink, many colors are incorporated to give the moon the finesse that it deserves; therefore, blue moon tattoos are also pretty popular among people. Other than that, many additional elements are also infused with the moon to accentuate the meaning, significance, or perhaps, the visual impact of the design. You’ll see fairies, teddy bears, stars, sun accompanying moon tattoos that depict fantasy and dreams. Animals are also inked with the moon―wolves, bats, owls, and cats―depicting a spiritual or dark connection.

The strokes that form the moon can also vary depending upon the traditional or cultural design. For instance, Celtic knots forming a Celtic moon, or tribal strokes forming a tribal moon tattoo. So, yes, the designs and approaches can be many, some of them being explained and showcased in the following sections.

This tattoo is considered to be a pagan tattoo, associated with a Neopagan goddess known as the ‘triple goddess’ of maiden, mother, and crone. Her symbolism consists of the three moons, the first one being the waxing moon (representing new beginnings, expansion, youth, and inception), followed by the full moon (representing stability, power, sexuality, fulfillment, and contentment in life), and lastly, the waning moon which represents endings, wisdom associated with finality, and death. These stages are symbolic of the stages of a woman’s life and her fertility cycle.

A crescent moon is perhaps one of the most fascinating and enchanting things in the world, an epitome of beauty and grace, subtlety and finesse. This design can be incorporated in both religious and well as fantasy-themed tattoos. The combination of a crescent moon with a star becomes a symbol of Islam. Even in Christianity, the sun, moon and stars are associated with the Virgin Mary in the books of Revelation 12:1, “And a great sign appeared in heaven: a woman clothed with the sun, with the moon under her feet, and on her head a crown of twelve stars”, as per the English Standard Version. In mythology, a crescent moon diadem is symbolic of the Greek Goddess Diana, who was the goddess of hunt, childbirth, and the moon. When it comes to fantasy-themed designs, a crescent moon is often paired with fairies and teddy bears, symbolizing that bearer did, or perhaps still does, innocently believe in dreams and mystical creatures. Often, such tattoos are reminiscent of one’s childhood.

Full moon tattoos are usually associated with the dark side of life, the underworld, or the beasts that get influenced by the change in the moon’s shape itself―a werewolf! As mentioned earlier, other animals such as the owls, bats, toads, and cats are also associated with the full moon, precisely because it represents the night, and all these are the creatures that thrive in the night, influenced by the full moon’s presence. In fact, in Egypt, a cat was symbolic of a moon. When it comes to this theme, many enthusiasts are also opting for realistic-looking full-moon tattoos, with or without clouds in the background. This design also looks quite suave, and intensely signify the connection of the bearer with the full moon.

We think that the beauty that a blue moon exhibits is truly incomparable! Do you remember the epic scene in the movie Smurfs, where the color blue made the moon look beyond magnificent? The color blue is also associated with the night, when darkness and moonlight fuses together and imparts these romantic and soothing blue hues in the entire atmosphere. This is what makes this tattoo theme a top favorite among many enthusiasts.

As we all know, that it is the moon that controls the ocean tides and the rate at which the earth spins. It also tends to impact our moods and behavior as and when it shifts from one shape to the other, the effect is mainly observed by those who are extremely sensitive towards their surroundings. Ancient civilizations, such as the Egyptian and the Mayan, used to keep a track of the changes in the shape of the moon, hence many people associate the moon as a source of guidance and direction.

As per mythology, the sun is considered to be the father of life, while the moon is thought of as a mother goddess who protects, nurtures, and loves. Some cultures also believe the moon to be a symbol of heaven, hence, a moon tattoo reflects the bearer to possess a heavenly association. The combined tattoo of the sun and moon usually represents the yin and yang, good and bad, the union of a male and female, with the moon being the female.

While this statement may not be true for all our readers, we cannot deny the fact that most of us associate with the moon from the tales we’ve heard during our childhood. How it comforts us during the darkness of night by bestowing its soothing and caring light upon us. How it shines and smiles upon us like a guardian angel, and how it has become an inseparable part of our childhood, something that will always stay in the fondest of our memories. The last four tattoo designs were just reminiscent of this very association with the moon.

As you must have seen, a moon tattoo symbolizes many things at once. From femininity to motherhood, mystery to transition, guidance to fantasy, childhood to passivity, the meaning could depend on the way you imply it to be, just make sure that you connect with the theme and design from deep within to make the tattoo truly customized as per your existence.