An Aztec sun tattoo was made in honor of the Aztec sun-god, called Huitzilopochtli. A left-handed hummingbird is used to symbolize a sun-god. The sun-god was the most important god to the Aztecs as he was said to be the guardian of heaven. The guarantee of afterlife was said to be the sun, due to its constant rising and setting. Therefore, the meaning of the Aztec sun tattoo is 'belief in afterlife'. It was also made to show adoration for the sun-god.

An Aztec sun tattoo was made in honor of the Aztec sun-god, called Huitzilopochtli. A left-handed hummingbird is used to symbolize a sun-god. The sun-god was the most important god to the Aztecs as he was said to be the guardian of heaven. The guarantee of afterlife was said to be the sun, due to its constant rising and setting. Therefore, the meaning of the Aztec sun tattoo is ‘belief in afterlife’. It was also made to show adoration for the sun-god.

The Aztec civilization was dominant in central Mexico from the 14th to 16th century. Spanish colonizers are said to be the destroyers of this civilization. It is however very difficult to say whether today’s Mexicans derive their ancestry from the Aztecs. Aztecs have great mythology, which is where Aztec tattoos and their meanings come from. In other words, the tattoo designs draw their inspiration from the different aspects of the Aztec culture.

• Tattoos in the Aztec culture were always done in honor of some Aztec God. They were done only during rituals.

• These tattoos were also used to differentiate between people belonging to different tribes.

• Aztec tattoos also symbolized a warrior’s rank and his achievements.

• Wrist, chest and stomach, considered to be the seats of power, were the most popular body parts to make tattoos.

• The language which was used for this Aztec tattoo art was ‘Nahuatl’.

Different Aztec Tattoos with their Meanings

The meaning of eagle was power, strength and courage. These attributes were attached to eagles due to their amazing flying skills, large size and strong nature. A tattoo of an Aztec eagle was, therefore, often found on Aztec warriors. Although there are various images of an eagle that are available, the eagle with its head pointing towards the west, its beak open and several feathers sticking out from the top of its head , is said to be the authentic and popular ancient Aztec tattoo symbol.

An Aztec calendar tattoo has images of various facial features. According to the Aztec culture each creature represents a month. This creature is said to be a harbinger of several mythical and spiritual properties. Uitzilopochtle, the other name for god of the Sun is often shown in many forms in the Aztec calendar. There is a lot of importance that is being attached to this Aztec symbol and its meanings.

A crocodile is actually a monster like creature, which resembles the crocodile. There are also various variations which are available of this creature. A crocodile was depicted to be a sea monster, who was part crocodile, part toad and part fish, but his gender was not known. This Aztec tattoo symbol became famous for this fearsome nature, but at the same time he was said to be the first ‘godly’ creature. It is said that his body was used to create the earth.

Quetzalcoatl, is the feathered serpent-god. This god is the god of weather, creativity and fertility. He was related to the Gods of wind, dawn, merchants, art and craft, and learning and knowledge. He holds the place of being the patron God of priesthood in the Aztec culture. He is also said to be the most powerful of the Aztec gods. Therefore, this Aztec design is very popular and a lot of people derive this meaning, and get themselves tattooed with the feathered serpent symbol.

This Aztec tattoo was given high importance among all Aztec tattoos. The life of an Aztec warrior was that of a constant war. The battles were fought to bring home prisoners, who could be sacrificed to various gods. The meaning of this design was the journey of the soul to its afterlife. Very often it is seen that many people get an eagle also tattooed along with the warrior. As an Aztec warrior is said to draw his strength from an eagle for its strength, aggressiveness and competitiveness.

The Aztec warrior god is called Tezcatlipoca. He is said to be the central deity in Aztec land and considered to be the ultimate God, who was invisible. His presence was only felt in the night, when there was a sudden gush of wind. Although, he is called to be a warrior god and is associated with war and strife, he is also associated with hurricanes, enmity, discord, sorcery, etc. He is usually tattooed with his tongue sticking out.

There are a lot of people these days who adorn this Aztec tattoo art on their body due to the meanings attached to them. Along with the designs mentioned above, Aztec artwork and craftsmanship can also be used as an inspiration for a tattoo design. 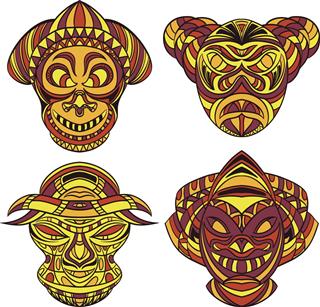 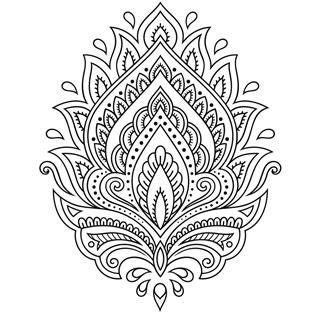 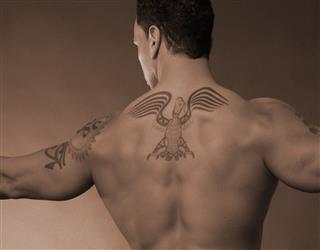 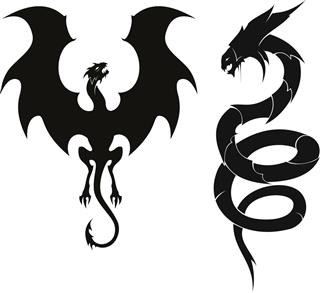 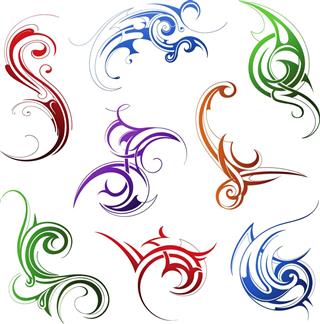 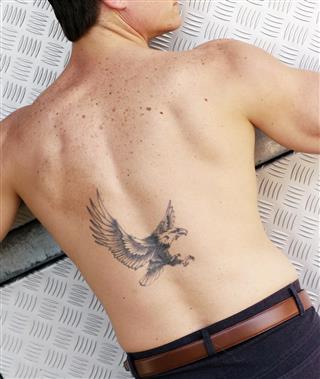