Learn the Meaning of a Sun Tattoo and Be Endlessly Inspired

The sun is one of the most popular tattoo designs for several reasons. It symbolizes life, energy, glory, and can be inscribed in attractive designs. It also stands for reincarnation, passion and life supporter. So, plan to get a sun tattoo etched and wear it "Loud with Pride".

The sun is one of the most popular tattoo designs for several reasons. It symbolizes life, energy, glory, and can be inscribed in attractive designs. It also stands for reincarnation, passion and life supporter. So, plan to get a sun tattoo etched and wear it "Loud with Pride".

Did You Know
Actor Orlando Bloom has a sun tattoo on his abdomen.

The practice of having body tattoos prevailed since ancient times. As the sun was a deity of many ancient civilizations, people adorned a sun tattoo as an honor to their deity. However, today tattoos are meant for self-expression or to make a fashion statement. Adorning a sun tattoo today does not necessarily mean that you are a worshiper of the sun deity.

Science proves that without the sun, there would be no life. Therefore, it is the ultimate giver of life and source of energy. Naturally, sun tattoo symbolizes all the qualities, characteristics, and energies associated with the sun.

☀ Sun is Considered as a Sacred Symbol

☀Sun is Considered as Giver of Life

The ultimate truth is without the sun, no life would have been possible on the Earth. Therefore, the sun was worshiped in many ancient cultures and religions as creator of life, or life in itself. Secondly, it was believed that the sun was responsible for birth and harvest, and it symbolized fertility.

It represents qualities such as vitality, vigor, power, force, and leadership. The Mayans considered the sun as the most powerful being, their protector, and hence, wore sun tattoos for protection. The tribal sun tattoo also symbolizes power.

It represents rebirth or reincarnation. As the sun sets and rises every day, it strongly symbolizes immortality. Not always taken literally as reincarnation, wearing a sun tattoo also indicates the beginning of something new in the wearer’s life. Maybe a new phase or a new life after hardships.

Celtic sun tattoo meanings include fertility, healing, and energy. Secondly, even in Christianity, the sun stands for energy and vitality.

It stands for truth and light. A bright shining sun or the rising sun are powerful symbols that symbolize hope. Sometimes, people draw the sun tattoo to depict passion for anyone or anything in their life. Passion is an unusual and unique meaning of the sun tattoo.

☀ Sun and Moon Together Represent Union

The sun is a masculine symbol, while the moon, a feminine one. The pairing of the sun and the moon tattoo is also considered as the sexual and spiritual union of a male and a female. As they represent opposite entities, their union signifies pairing of two opposites to form a solid union.

We find references of the sun in popular myths and folklore in nearly all the parts of the world. Therefore, the reason for having a sun tattoo depends on the person’s belief, culture, outlook, and varies accordingly.

One should know that the symbolism depends on the pattern or the way the tattoo has been made. These tattoos can be simple, colorful, monochromatic, or can even be complex, and multicolored.

This design can be made by arranging the flames in a decorative manner. The flames are arranged in a circle representing the sun.

In this design the sunrays are etched in a pattern and are inked over a circle. So, the circle needs to be made first , then the rays can be arranged accordingly.

In this design the sun rays are arranged as big crowns and small crowns representing sun rays. The sun’s outer ring is made and then the rays are inked accordingly.

The sun is a timeless choice for tattoo as it is a traditional as well as a modern design. Your tattoo is sure to be popular and attract envious looks, no matter whatever design you inscribe. This is because, one of the most important sun tattoo meaning is its ability to keep shining forever! 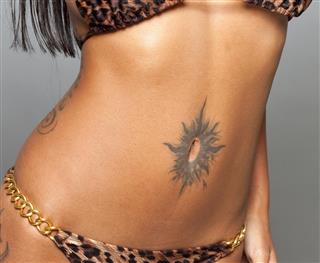 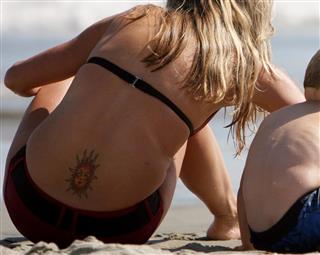 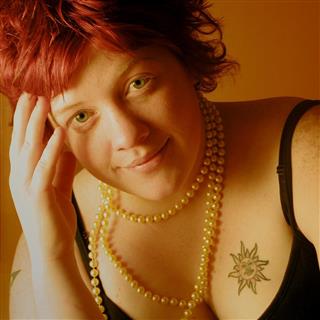