Although Celtic tattoos for men have been around for a very long time, their popularity has grown in recent times. Many times, people are under the impression, that only knotwork makes up Celtic tattoo designs, which is however not true.

Although Celtic tattoos for men have been around for a very long time, their popularity has grown in recent times. Many times, people are under the impression, that only knotwork makes up Celtic tattoo designs, which is however not true.

It will not be an exaggeration, if it is said that it is a rebirth of the Celtic tattoo designs for men. Sometimes, these Celtic tattoos are classified as tribal tattoos. This can be due to the use of heavy black line work, in these tattoos, however, they are not synonymous with tribal tattoos. Celtic tattoos are not just lines, they have deep symbolism and a rich history behind them. They, in fact, make for very intricate and beautiful interlaced designs.

The Irish, the Scots and the Welsh are the Celtic people. Julius Caesar is probably the best known to the Celtic scholars for his description of the Druids and Gauls, which he mentioned in his writings about the Gallic wars.

Celtic design tattoos are all steeped in meaning and most of them have deep hidden meanings to them. The images used in these designs are abstract, but the lines twist and turn and go back to make interesting and meaningful patterns.

Spiral tattoo designs are similar to Celtic knot tattoo designs, but they do not have interlacing lines. The spiral tattoo designs consist of whirls and whorls of lines. They are a fascinating remnant of the Druid culture and thought, which got intermixed with the Celtic culture. One of the most popular spiral design is the triple design. It is said to denote the pregnancy period of nine months.

According to some scholars, tree of life tattoo is not an original Celtic tattoo. It is first said to have appeared in the Book of Kells. It symbolizes the garden of Eden and axis mundi, which is the connecting line between the earth, sky, and the underworld. The intertwining branches and roots have given the tree of life some sort of mysticism. Since trees give food and shelter, it was looked upon as benevolence accorded by Mother Nature on humans and animals alike.

The Celts are famous for the wonderful mazes and labyrinths, that they built. The maze patterns are commonly seen in the stonework, carvings and metalwork. These maze designs have also found a place worth mentioning in the Celtic tattoo designs as well. If one has to take a look at the Celtic mazes carefully, one can easily spot eyes, horns, figures, etc. of different animals. Snake is another design, which is commonly seen in a maze.

If you want to show the love for your loved one, you may want to get a Celtic heart tattoo design. This is a wonderful Celtic tattoo for men. It stands for union of souls, and is hence a wonderful way to express your love and devotion. These knots combined with the Celtic knot tattoos are known as love knot tattoos. The start of the design is a line, which eventually turns into a heart. This design is often chosen by people, who want to get a tattoo in honor of their loved one.

Celtic cross is like the Christian cross, but the difference lies in the intersection. In a celtic cross at the intersection, there is a circle. Often there is intricate knotwork on the cross,which lends its own appeal to the cross. The meaning attached to this cross vary. For some it is a symbol of God’s never-ending love, while for others it is a phallic symbol or it can also be a representation of the sun for some. This design is often made on the upper arm.

A claddagh is actually a ring. This ring can be a ring of friendship or it can also be a wedding ring. This design has gone onto become a very popular tattoo design. In this design, there is a heart, which is a held by two hands. There is a crown, which rests on the heart. Each of these have a symbolic meaning attached to them. The heart naturally represents love, while the hands stand for friendship and care. Loyalty is represented by the crown.

The Celtic knot design is not only seen in the Celtic architecture and sculpture, but it is also seen in tattoo designs as well. These knots are also known as ‘mystic knots’ or ‘endless knots’. The knots are used as interlaced patterns with stylized knots. The knot designs are known to denote interconnection between a number of things and continuity or eternity, as the knotwork forms an endless loop, which has no beginning or end. Magical powers are also attributed to the Celtic knotwork.

Magical powers are also attributed to the Celtic knotwork. It is a very popular Celtic tattoo design. Of all the Celtic knot tattoo designs, the trinity Celtic symbol is a very simple, but powerful tattoo symbol. The three corners of this knot represent different things for different
people. For the Christians, the three corners denote the Holy Trinity of the Father, the Son and the Holy Spirit, whereas for the Pagans, it denotes Mother, Crone and Maiden. In the New Age, the three corners have come to signify the trinity of mind, body and soul. 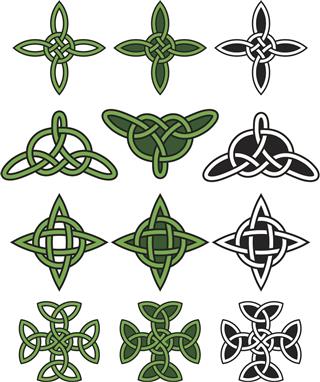 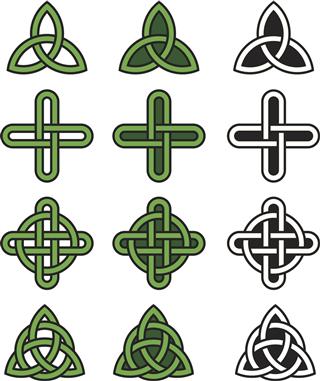 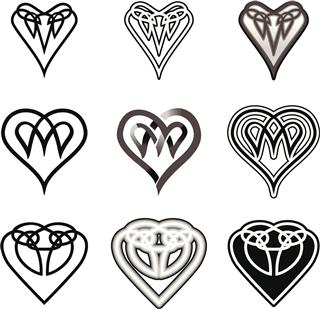 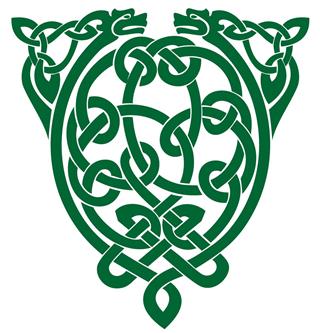 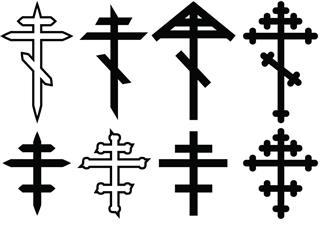 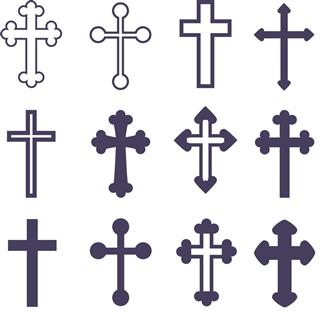 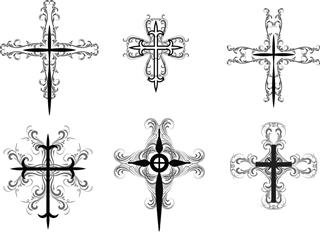 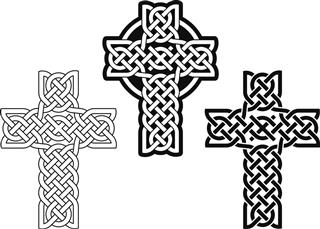 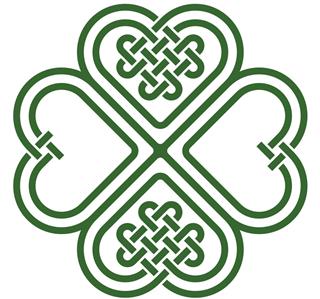